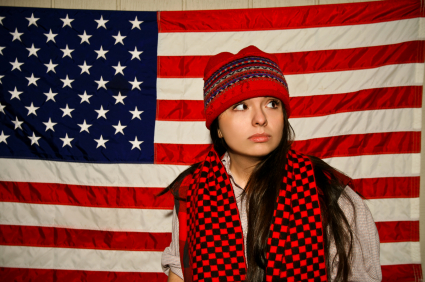 A new survey has found that a majority of colleges receive applications from undocumented students.

The study, conducted by the National Association of College Admission Counseling, found that undocumented students applied to about 60 percent of 382 institutions that participated in the survey. In more selective nonprofit colleges, 86 percent had received applications from undocumented students.

"NACAC's research reinforces what we already know: that despite numerous challenges, undocumented students are seeking to further their education at public colleges and universities," said Muriel A. Howard, president of the American Association of State Colleges and Universities, in a news release.

David Hawkins, director of public policy and research at NACAC, said that schools ultimately benefit from accepting many of these students. "Many undocumented students turn out to be very high-achieving," he was quoted as saying by Diverse: Issues in Higher Education, "and it would substantiate the description of these students as contributors to our society."

The study results were released just after The Boston Globe reported last week that Eric Balderas, an undocumented student who attends Harvard, was detained by immigration officials at an airport in Texas and now faces possible deportation to Mexico. Balderas has been living in the United States illegally since he was 4 years old, and he was attending Harvard on a full scholarship.

"Eric Balderas has already demonstrated the discipline and work ethic required for rigorous university work and has, like so many of our undergraduates, expressed an interest in making a difference in the world," said Christine Heenan, a Harvard spokeswoman who was quoted by the Globe. "These dedicated young people are vital to our nation's future, and [Harvard] President Faust's support of the Dream Act reflects Harvard's commitment to access and opportunity for students like Eric."

The Development, Relief and Education for Alien Minors (Dream) Act, which is also supported by NACAC and the College Board, grants conditional legal status to illegal immigrants graduating from high school who entered the United States by age 15 and lived in the country for at least five years. The legal status would make them eligible for in-state tuition rates and some federal financial aid programs. If they attended college or joined the military for at least two years, they would qualify for permanent legal residency and then citizenship. At the moment, the Dream Act legislation is stalled in Congress.

Meanwhile, The Chronicle of Higher Education points out that while an estimated 13,000 undocumented students are enrolled at U.S. colleges and universities, a much greater number cannot afford to do so.

"Educators are really put in a very difficult position with regard to this population," said Mari Solivan, director of government relations and advocacy for the College Board, who was interviewed by the Chronicle. "From the K-12 side, your mission is to best serve these students and help them find ways to meet their highest potential, the school that's the best fit. From the higher education side, colleges want to put together the best possible class. This poses a real conflict."

"The 'Undocumented' Debate and Admissions," The Chronicle of Higher Education, June 16, 2010, Eric Hoover