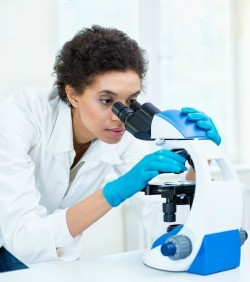 The underrepresentation of women in STEM (Science, Technology, Engineering, and Math) has been a long-standing problem in both academia and the workforce. According to a Department of Commerce report, "Women in STEM: A Gender Gap to Innovation," as of 2009, women made up almost half of the workforce but only 24 percent of STEM workers. In order to increase the visibility of women in these fields, we need to analyze why they tend to gravitate towards other disciplines and take steps to encourage them to tap into their scientific or technical talents.

Women in STEM: The Facts

Statistics gathered by Civil Rights Data Collection (CRDC) reveal that female students can excel in STEM as early as their junior high years. 2009-2010 data showed that of the students enrolled in Algebra 1 in 7th or 8th grade, girls passed the subject at a higher rate than boys, regardless of race. Moving on to high school, girls and boys were almost equally represented in biology, chemistry, geometry, algebra, and calculus. Girls even outnumbered boys in several Advanced Placement (AP) subjects, including science and foreign languages. AP math courses, on the other hand, continued to be dominated by males, although girls have been making steady strides since 2000. Once we cross over into postsecondary education, however, women's participation in STEM significantly declined. In 2008-2009, women earned only 31 percent of degrees and certificates in STEM subjects.

CRDC's data shows that while girls continue to make progress in STEM education at all levels and outnumber boys in many, they tend to drop off in higher-level courses. Of particular interest is the fact that even when women do earn STEM degrees, they often end up working in other fields. The Department of Commerce noted that women comprise only 20 percent of STEM degree holders working in STEM occupations. What causes this gender gap? It's not a matter of intellectual capacity - CRDC data revealed that girls have been participating in gifted and talented education programs in higher numbers than boys since 1976. To explore why college and professional women are so underrepresented in STEM, we must analyze societal pressures on and ideal qualities in girls' prospective careers.

Why Aren't There More Women in STEM?

Kevin Finson, STEM Center co-director at Bradley University, mentioned in an interview with CityTownInfo.com that while we cannot say with conviction what exactly is causing the underrepresentation of women in science, engineering, math, and technology, there are several potential contributing factors. For example, Finson stated that "culturally, teachers have tended to give boys preferential treatment in terms of giving them the first opportunities with hands-on things or answering their questions or responding to boys first." If girls aren't given a chance to participate in STEM education early on, they may steer away from the subjects as they progress in their education and careers.

Business News Daily further suggested that women's low prominence in STEM careers even if they pursue a degree in STEM is partly due to the specific fields within STEM that women tend to pursue. Liana Landivar, a sociologist for the U.S. Census Bureau's Industry and Occupation Statistics branch, noted that according to Census Bureau data, "women are less likely to major in engineering and computer sciences, which may reduce their STEM employment options unless they go on to graduate school."

The U.S. Department of Commerce offered even more potential reasons for the gender gap in STEM: less career flexibility for those with family responsibilities, a dearth of female role models, and gender stereotyping.

What Can We Do to Reverse the Trend?

In a June 2013 press release, the White House set forth a plan to mitigate each of the last three contributing factors mentioned above. The National Science Foundation's Career-Life Balance Initiative, a 10-year mission to integrate more time flexibility for grant recipients, was launched in 2011. The initiative includes year-long deferrals for child birth or adoptions, zero-cost grant extensions, and greater use of virtual panel reviews.

To increase visibility of female role models, the Obama Administration launched a Women in STEM Speakers Bureau in 2011. The bureau allows women with an established STEM career to meet and encourage girls in grades 6-12 in various communities to become more involved in STEM.

The Administration also established a mentoring program to prevent girls from dismissing STEM careers due to these careers' supposed inflexibility or male domination. President Obama annually recognizes about 15 individuals for the "Presidential Award for Excellence in Science, Math, and Engineering Mentoring" who have displayed outstanding mentoring abilities and success in engaging girls and other underrepresented groups in these three fields.

Finson noted that societal efforts are also important for increasing the number of women in STEM. According to Finson, "we need to work to encourage early on these youngsters' interest in pursuits in STEM fields. When we detect that they have some interest or some talent in it, we should help them develop it instead of shuffling it aside or ignoring it." Finson previously worked on a National Science Foundation program to help girls gain an interest in STEM, involve them in research, and connect them with female role models and mentors. He explained that it's important to target middle school students, as he did with the foundation's program, since "that was the critical time when they were starting to really make the decision in what they were going to do programmatically in high school and college." Parents and community groups must also do their part in having girls advance their interest in STEM.

The Future of Women in STEM

With all of the programs in place to encourage more women to pursue a STEM education and career, should we expect to see results? Finson is "hopeful that in the next 10 years, we'll start seeing elevated numbers of women and minorities coming into STEM fields." He added, however, that we won't be able to tell until "we actually start seeing the numbers increasing in our STEM programs at universities and colleges and then start seeing those people enter the workforce."

Interview with Kevin Finson, by Jamar Ramos for CityTownInfo.com, May 16, 2013