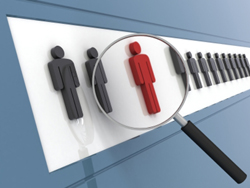 At a time when the demand for top engineers is growing, social news site Digg announced that it plans to lay off 25 employees, or a little more than 37 percent of their staff.

According to TechCrunch, the company wants to reach profitability by mid 2011. In order to do so, founder Kevin Rose and new CEO Matt Williams plan to make deep cuts and to refocus their product. "Unfortunately, to reach out goals, we have to take some difficult steps... The result is that, in addition to lowering many of our operational costs, I've made the decision to downsize our staff from 67 to 42 people," said Williams in a statement to his team.

While this is not the best news for Digg employees, TechCrunch noted that local startups are welcoming the newly unemployed with open arms. Many companies, including Twitter, Groupon and IGN, have already expressed interest in hiring them.

As Bloomberg Businessweek also pointed out, Digg's announcement is music to some ears. Despite the high unemployment rate, tech companies are having as much trouble finding software engineers as they were during the boom. Technical job board site Dice.com saw a 38 percent increase in postings in the past year and job postings on TheLadders, another job site, went up 65 percent. "A year ago engineers were getting one offer and taking it," said Marc Cenedella, CEO of TheLadders. "Now we're seeing engineers with two, three, or four offers."

According to Mercury News, companies do receive tons of resumes, but the reality is that most applicants do not have the skills that companies are looking for. "There is not even nearly enough engineers, developers and research scientists here in the Bay Area. The motivated people who have this pedigree are all working," explained Greg Mikulin, co-founder of Clarity Technology Partners in Palo Alto.

Startups in particular have been hard hit. "There's definitely a war between the large companies and the startups," said Tom Silver, vice president Dice.com. Although startups try to attract candidates with "the thrill of creating something new", Bloomberg Businessweek pointed out that most engineers favor stability and higher pay. "As a young company, you're going after the top echelon of talent with the least amount of resources," said Logan Green, co-founder and CEO of Zimride.

Mercury News reported that big companies, such as Google, Facebook and Apple, have been aggressively hiring, leaving fast-growing startups scrambling for good candidates. Indeed.com reported that the leaders in job openings are Apple and Google.

Startups also have to compete with one another as more and more engineers are starting their own companies. "Each [new company] will have two or three engineers, but there are hundreds of them, so that on a per-company basis means there are fewer engineers available," said Ethan Anderson, co-founder of Redbeacon and former Google employee.

"We're seeing definitely one of the most challenging recruiting environments in memory, especially in the technical area," he added.