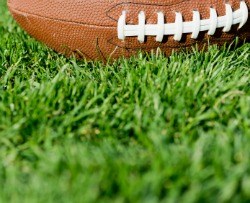 It’s been three days since Super Bowl XLVII, but many are still feeling its effects. 49er fans are still mourning and people are still talking about Beyonce and debating which commercial was the best, which means that worker productivity is probably still not back to normal.

Challenger, Gray & Christmas reported that, according to Nielsen, some 108 million people watched the San Francisco 49ers and Baltimore Ravens battle it out on Sunday evening. The Super Bowl is such a significant event that the Monday after is one of the biggest days for worker absenteeism and, as a result, lost productivity. The biggest Monday slowdowns were most likely seen in New Orleans, San Francisco, Baltimore and Washington D.C., noted Life Inc.

Super Bowl side effects, however, can linger on past the Monday after. If employees are not talking about it with one another, they’re most likely wasting time on social media networks or on other Super Bowl-related activities, such as re-watching commercials or the halftime show. AOL Jobs reported that companies lose an average of $3.16 per employee for every 10 minutes of time spent on Super Bowl talk or activity. Furthermore, surveys show that lost productivity is particularly apparent in men 18 to 34, with this demographic calling in sick the most the Monday after the Super Bowl.

However, despite absenteeism and lowered productivity, all the socializing that results from the big game can also be a good thing. Challenger, Gray & Christmas pointed out that the Super Bowl can also have a positive effect on companies as game talk can help build camaraderie and boost morale. In fact, according to a Glassdoor.com survey, 20 percent said that morale is better in the workplace the day after the Super Bowl.

Joyce Maroney, director of the Workforce Institute at work force consultant Kronos, recommended that managers and companies try to embrace the inevitable and make the best of it.

“I think it makes sense for managers to work with employees to manage around this issue,” Maroney said in Life Inc. “It’s really important for organizations to create a climate where people can have these conversations in advance.”