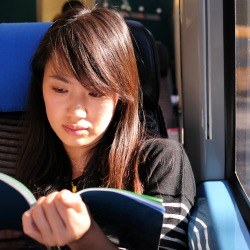 As students prepare to enter or return to college in the fall, many of them are considering the numerous opportunities for study abroad that are available to them. In today’s increasingly global economy, educational and cultural experience overseas has become a priority on both the individual and the governmental level. Yet the efficacy of study abroad programs in developing global leadership capabilities among American students has recently been up for debate, and many educational experts and government officials have called to change the model of such programs to reflect America’s new global education goals—namely to cultivate capable, flexible, and internationally aware individuals who can promote diplomacy and productive exchange across countries.

According to USA Today, study abroad programs can be attractive options for American students for a number of reasons, including the reduced cost of tuition and career benefits deriving from an enhanced view of international cultures and economies. Some American students have even decided to earn their bachelor’s degree abroad due to the greater focus and time-efficiency of such degree programs relative to those of American universities. For instance, England, Ireland, and Australia offer bachelor’s degree programs that can be completed in three years, rather than the typical four at American universities. In addition, many students find that studying abroad grants them personal benefits by satisfying their sense of adventure and enabling them to form rewarding relationships with people from vastly different backgrounds.

Global education is also a priority for the American government. In an interview with The Chronicle of Higher Education, the U.S. Department of Education’s international affairs director, Maureen McLaughlin, explained the Department’s decision to implement a focused “educational diplomacy” plan that aims to develop international awareness, understanding, and competency in American college students, while also promoting American interests abroad. Such a plan, according to McLaughlin, would prepare American students to successfully collaborate with individuals from different countries and backgrounds in the workplace and beyond. Yet McLaughlin admits that, with this increased emphasis on training students to competently engage with a global economy, fewer resources will be available to programs that focus on foreign languages or cultural expertise. This decreased emphasis on foreign languages and specific academic fields has met with some criticism from international educators, who believe that these subjects are crucial to American students’ global understanding.

The U.S. Department of Education is not the only party calling for a shift in the focus of study abroad programs. While the importance of global education is undisputed, some experts believe that American educational institutions should revamp their study abroad approach. In his Commentary piece in The Chronicle of Higher Education, Mark Salisbury argues that study abroad programs should be “designed around specific learning goals and linked to on-campus learning experiences that occur before departure and upon return” in order to encourage students to achieve and maintain a degree of insight and interest in the international community around them.

"Earning your degree abroad? Here's what you should know," usatodayeducate.com, August 12, 2012, Kelly Chroninger