Didn't Get the Job? Maybe it's Because of Your Credit Report 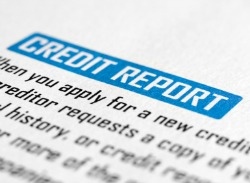 According to The Wall Street Journal, a 2012 survey by the Society for Human Resources Management showed that approximately 47 percent of employers run credit checks on job applicants. Workplace rights attorney Charles A. Lamberton noted in Lawyers.com that employers use these credit checks as a predictor of performance and reliability. Public policy organization Demos, however, pointed out that credit reports were never designed to be an employment screening tool and as a result may be preventing qualified individuals from getting jobs.

"Although employers must request permission before obtaining a credit report, the [Fair Credit Reporting Act] does not prevent them from denying a job or a promotion, or even terminating an existing employee, on the basis of a negative credit report," explained Lamberton in Lawyers.com. Furthermore, he added that current employees could even be fired for refusing to let an employer review his or her credit report.

According to a report by Demos, one in seven job applicants said they had been denied a job due to a negative credit report. However, because employers are not required to explain why an applicant did not get an offer, it is possible that more applicants have been turned away because of bad credit history.

As a result, a growing number of states have begun advocating a ban on the use of credit checks as a job-screening tool, reported Bloomberg Businessweek. These states include California, Colorado, Connecticut, Hawaii, Illinois, Maryland, Oregon, Vermont, Washington and recently Nevada. In Nevada, for example, the new law will allow job seekers who know they have been denied employment because of a credit check to not only sue the company, but also force it to hire them. The cities of Chicago and New York City are also working to limit the use of unnecessary credit checks for job seekers.

Both Lawyers.com and Demos pointed out that poor credit, particularly during and after the Great Recession, is not an accurate representation of one's potential work performance. Demos reported that in most cases, poor credit is linked to household unemployment, lack of medical coverage and medical debt -- factors that are a result of a poor economy or personal misfortune rather than workplace skills.

"If employers are allowed to use poor credit reports to deny employment opportunities, high unemployment rates can 'lock-in' and slow or even prevent an economic recovery," said Lamberton in Lawyers.com.

To avoid being denied work because of a credit check, The Wall Street Journal noted that job seekers should take advantage of the three free credit reports they are entitled to every year. They should be aware of what kind of information is in the report and ensure that everything is accurate. If an applicant knows that his or her credit report has a red flag, the applicant should be upfront about it and explain how he or she is working to remedy it.

Career and Education News
Home >
News>
Didn't Get the Job? Maybe it's Because of Your Credit Report