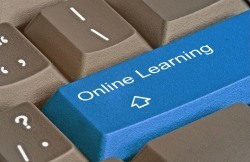 With growing popularity of online education comes an increase in controversy. The latest controversy involves a disappearing MOOC.

What happens when a professor suddenly stops teaching in the middle of a multi-week online college course, removing all course content from the Internet? This is precisely what happened when students enrolled in a massive open online course, or MOOC, recently found themselves party to a social experiment orchestrated by their teacher, University of Zurich Professor Paul-Olivier Dehaye, reported Inside Higher Education. After days of confusion, Dehaye clarified his goal, but not before inspiring a national discussion about the quality of MOOC providers -- and, perhaps, their intentions.

Professor Dehaye led a Coursera course titled "Massive Teaching -- New Skills Needed," and according to a separate article from Inside Higher Ed, the class launched as expected. By the second week, however, students found the course forums closed and their course content gone. They began looking for answers; some called Coursera, others scoured the Internet for clues. Matters were further muddled when Dehaye sent a Tweet suggesting he was removed from the course. He encouraged students to "reflect on the fact that a technology company has now effectively replaced [their] teacher."

The problem: Dehaye was never removed from the course. According to Inside Higher Ed, Coursera investigated the issue and released a statement apologizing for the confusion, but they also noted that the "course included experimental components designed by the professor that have resulted in some course interruptions." Dehaye, it seemed, removed his own content.

Dehaye's Tweets continued, but his motives for removing the course remained unclear. At one point he announced that now that he has "confused" his students, "they were close to getting the point."

The Chronicles of Higher Education reported that rumors emerged that Dehaye had intentionally removed course content to drive student forum participation -- a theory Ulrich Straumann, a vice dean at the University of Zurich, confirmed to the publication in an email. When Dehaye finally explained the confusion, it was clear that this was just another false lead. The truth, Inside Higher Ed noted, was to warn students of the dangers of the Internet and, more specifically the data-mining potential in free online courses.

"MOOCs can be used to enhance privacy, or really destroy it," Dehaye wrote in an online text-editing forum -- a post that has since been deleted, reported by Inside Higher Ed. He said his goal was to "confuse everyone, including the university, [C]oursera, the Twitter world, [and] as many journalists" as he could. "I want to show how [C]oursera tracks you," he said, adding that he believed the provider used student content in its MOOCS to "[fish] for business models."

Dehaye's tactics may have been controversial, but at least one expert applauded his intent.

"He is doing exactly what academics should do: perturb people to states of awareness," George Siemens, a researcher at the University of Texas at Arlington, wrote in a blog post he penned for eLearingSpace.org. Siemens noted that he is one of likely thousands of educators wary of MOOC providers who do not "share the ideals, community, and egalitarianism that define universities." He said that while he regretted that Dehaye's experiment "was poorly executed and not properly communicated," he believed it highlighted a key flaw in the MOOC model, namely that "MOOCs were developed so quickly and with such breathless optimism that the architects didn't pay much attention to boring stuff like foundations and plumbing."

Coursera disputes the notion. Vivek Goel, Coursera's chief academic strategist, told Inside Higher Ed that the company responded to the missing course mystery promptly, working with the University of Zurich for two "confusing" days to identify the problem and restore the course. He said that the perception that Coursera took too long to react was "driven by the sense of urgency that things like live blogging and Twitter draw in," and that, based on his experience as a former Provost for the University of Toronto, it would have taken a traditional university just as long (or longer) to resolve the matter. "[This] was not an event that any set of agreements or policies could necessarily anticipate."