Do Unpaid Internships Make a Difference? 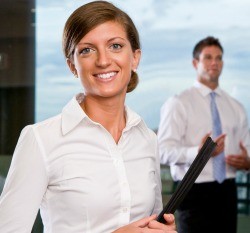 Many college students believe internships can help them gain the work experience they need to edge out less experienced career competition down the road. New research challenges this thinking, however, at least when positions are unpaid.

Forbes reports that a new survey conducted by the National Association of Colleges and Employers reveals that 60 percent of paid internships lead to a job. Unpaid interns are less fortunate: only 37 percent of these volunteers received job offers, which is just 1 percent better than fellow graduates with no internship experience at all.

The survey results come at a time when The Wall Street Journal reports that unpaid internships are on the rise. According to the Journal, a 2011 report from the recruiting research firm Intern Bridge found that more than half of internships were unpaid. Meanwhile, a 2010 NACE survey found that 95 percent of schools allowed organizations to post unpaid internship opportunities on their job boards.

"Students with a paid internship have a decided advantage in the job market over those who did an unpaid internship or didn't do an internship at all," Marilyn Mackes, executive director of the National Association of Colleges and Employers, told Business News Daily.

Mackes speculates that the primary difference between paid and unpaid internships is how participants spend their time. According to Forbes, survey results suggest that paid interns spend 42 percent of their time doing job-relevant tasks compared to just 30 percent for unpaid interns. According to Mackes, this "real" work pays off.

The Wall Street Journal notes that not everyone agrees. According to Heather R. Huhman, author of "Lies, Damned Lies & Internships," employers may be more likely to assign less job-relevant tasks to paid interns because they have less leverage to complain. She also believes that employers reviewing graduate resumes cannot tell whether an internship was compensated or not, unless, of course, the candidate chose to include that information. In the end, Huhman says, the point of internships is to garner real world experience, not make money.

"The goal of an internship is not to make money, ever," Huhman told The Wall Street Journal, noting that any payment students receive should be considered a "bonus."

According to Forbes, the NACE gathered survey results from 15,715 seniors at the bachelor's degree level from mid- January through the end of April of this year.

"Are Unpaid Internships Worth the Effort?" blogs.wsj.com, July 27, 2012, Melissa Korn