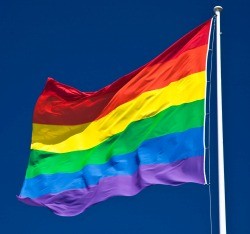 The U.S. Supreme Court recently struck down Section 3 of the Defense of Marriage Act, or DOMA, finding it unconstitutional, Benzinga reported. The Act, which was passed in 1996, defined marriage as the legal union between one man and one woman. The court's decision has left many people analyzing what the effects will be not just for LGBT individuals, but also for the businesses that employ them.

The DOMA repeal is likely to affect employment laws on a variety of subjects, such as health insurance and payroll taxes, according to Benzinga. For example, pre-tax benefits can be extended to same-sex spouses, and employers may need to amend their current payroll tax calculations and benefit documents to reflect this change. Companies may also see a rise in employees who take advantage of the Family Medical Leave Act (FMLA), which offers eligible employees up to 12 weeks of unpaid, job-protected leave to attend to an immediate family member, such as a spouse.

The DOMA overturn could benefit not only employees but also businesses. As Forbes noted, businesses were not content with the status quo when DOMA was in effect. The Business Coalition for DOMA Repeal -- an organization of about 97 companies, including Starbucks and Google -- stated that DOMA put same-sex couples at a financial disadvantage and caused lower productivity at work in addition to failed recruiting efforts. In 2011, businesses expressed their concerns with DOMA in the "Brief of American Companies as Amici Curiae in Support of Respondents," asserting that the legislation "forces [them] to discriminate against a class of [their] lawfully-married employees, upon whose welfare and morale our own success in part depends."

Coalition members argued that DOMA put extra pressure on companies to create a welcoming workplace culture. For example, up until now, same-sex spouses have been required to pay federal benefit taxes from which employees in heterosexual marriages are exempt. In order to retain the employees to which those extra taxes applied, 38 American companies adopted a practice that reimbursed them for their additional expenses. This practice was called "grossing up," and the court's recent decision would likely eliminate it.

Bill George, Harvard Business School professor and former CEO of Medtronic, emphasized the importance of a fair workplace culture in a 2012 article against an amendment that threatened the legalization of same-sex marriage in Minnesota: "...I know firsthand how important and challenging it is to recruit and retain talented people. Doing so requires a culture that accepts people as they are -- not in spite of differences, but because of them…"

While DOMA was in effect, U.S. businesses needed to worry not only about ensuring that all employees felt welcome but also about retaining talented workers with foreign-born spouses, CNN noted. While U.S. citizens have generally been able to sponsor non-citizen spouses for residency visas, under DOMA, LGBT citizens could not. Consequently, American companies have lost employees who left the country to live with their partners.

In addition to losing existing employees, businesses have lost potential employees due to DOMA regulations. A recent survey by the American Council on International Personnel revealed that 42 percent of member organizations have lost opportunities to hire individuals because United States immigration law would not allow these potential employees' same-sex partners to enter America. Former U.S. Representative Jim Kolbe (R-AZ), for example, was not able to sponsor his Panamanian partner for a U.S. visa. He was eventually able to find a solution via the EB-5 investor visa program, which provides visas to people who make a capital investment of over $500,000 in this country that generates or preserves at least 10 jobs. However, as Kolbe admitted, this is not a viable option for most same-sex couples.

Now that DOMA has been overturned, LGBT Americans should be able to sponsor their legal spouses for visas under the expedited track of federal immigration law.

Rachael Tiven, Executive Director of LGBT rights advocacy group Immigration Equality, commented on corporate America's role in providing legal equality for LGBT individuals: "What's notable…is that global companies are leaders [on the matter]. They are way out front in saying that what they care about is, are you good at your job?"

"Bill George: Speaking out against the marriage amendment," startribune.com, May 19, 2012, Bill George