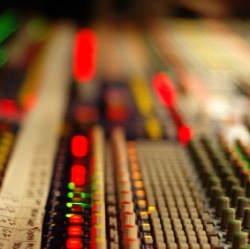 Hip-hop mogul Dr. Dre (aka Andre Young) and Universal Music Group record producer Jimmy Iovine have donated $70 million to the University of Southern California to create the Jimmy Iovine and Andre Young Academy for Arts, Technology and the Business of Innovation. The Academy will offer a four-year bachelor's degree program that combines marketing, entrepreneurship, computer science, engineering, audio and visual design and liberal arts in an effort to foster "a new generation of inspired innovators," USC officials said, as reported in USA Today.

Dr. Dre and Jimmy Iovine, neither of whom have college degrees themselves, have launched the careers of such stars as the Black Eyed Peas, 50 Cent and Lady Gaga, according to The New York Times. Also, in 2006, they founded Beats, a headphones and audio equipment company that makes more than $1 billion annually in sales.

Iovine and Dr. Dre's endowment and participation in the development of the Academy are significant because donors rarely develop new courses or areas of study, noted Rae Goldsmith, vice president of resources for the Council of Advancement and Support of Education, to The New York Times. Part of Dre and Iovine's $70 million contribution will go toward full scholarships for financially disadvantaged students.

When enrolled in the Academy's degree program, students will receive individual faculty mentoring, interact with big names in the entertainment industry, and participate in internships. Seniors will develop a business prototype. The school aims to welcome its first class of 25 students in fall 2014.

"The academy's four-year curriculum will culminate in an experience we call the 'Garage.' Self-directed teams of students guided by faculty and industry mentors will move into a specially designed educational space that will offer access to cutting-edge technology and machinery for the purpose of envisioning and rendering new products, new technologies, art forms and modes, or models, of doing business," said USC Roski School's Dean Erica Muhl to Diverse: Issues in Higher Education. Muhl plans to serve as the director of the new academy when it launches in 2014.

The idea for the Academy and the specialized degree it provides came from Iovine and Dre's difficulties in finding qualified employees, such as software engineers and marketing experts, for Beats, Iovine explained. The two business partners hope to hire graduates of the new USC program, not only for Beats, but also for their new company Beats Music, which is a streaming music service slated for unveiling later this year.

Both men also wish to inspire youth to pursue their aspirations in music. "If the next startup that becomes Facebook happens to be one of our kids, that's what we are looking for," Iovine told.

"I feel like this is the biggest, most exciting and probably the most important thing that I've done in my career," Dre told The New York Times.