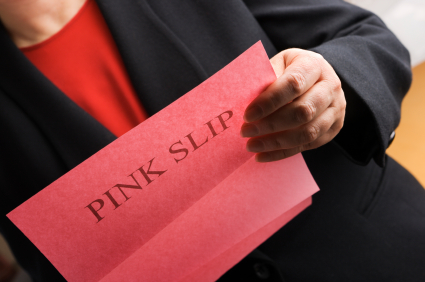 Across the country, school districts are warning tens of thousands of teachers that their jobs may soon be eliminated.

The Washington Post reports that many states including California, Illinois and New Jersey are planning deep teacher cuts because of significant reductions in state money and local property taxes. In addition, federal stimulus dollars, which helped alleviate the problem last year, have been spent. Education Secretary Arne Duncan estimated that unless Congress acts, layoffs could total as many as 300,000.

"It is brutal out there, really scary," Duncan told reporters. "This is a real emergency. What we're trying to avert is an education catastrophe."

So dire is the financial situation for schools, reports The New York Times, that in addition to teacher layoffs, districts are planning to close schools, cut programs, make classes larger and shorten the school day, week or year to trim costs.

"We are doing things and considering options I never thought I'd have to consider," said Peter C. Gorman, superintendant of the Charlotte-Mecklenburg schools in North Carolina, who was quoted in the Times. He expects to lay off 600 teachers this year, after cutting 120 last year. "This may be our new economic reality."

In Los Angeles, Superintendant Ramon C. Cortines sent layoff notices to 5,200 of the district's 80,000 last month. "I've been superintendant in five major school districts, and had responsibility for cuts for years--but not this magnitude, not this devastating," he told the Times.

In Chicago, a rally at the Capitol planned for today which will protest school budget cuts and back higher taxes is expected to draw more than 10,000 people.

Last year, Gov. Pat Quinn used $1 billion in federal stimulus funds to make up the shortfall in education. With the money now gone, he has proposed a 1 percentage-point income tax increase directed specifically for education.

"I don't think anybody wants to raise taxes in this day and age," said Tom Tully, head of a teachers union that is sending 10 teachers to the rally, who was quoted in the Daily Herald, "but we don't see any other solutions they are going to be able to come up with, especially in an election year."

"We must act soon," he said. "This is not something we can fix in August. We have to fix it now."