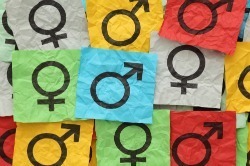 Sometimes slang phrases and colloquialisms become such a part of our everyday vernacular that we do not always consider where they originated or how they might offend others. A new campaign launched by Duke University students aims to tackle this issue, reported Cosmopolitan, by reminding students what certain phrases mean and that words have the power to harm people.

The new campaign, called the "You Don't Say" Campaign, is a joint effort between two student organizations, Blue Devils United and Think Before You Talk. According to the campaign's Facebook page, the effort strives to "raise awareness around the misuse of language that relates to the LGBTQ community and gender issues." It added that certain words "dehumanize and marginalize" many at Duke. "Words mean something," the page read. "Think Before You Talk."

The "You Don't Say" Campaign released several images via social media highlighting certain slang words and phrases students often used along with explanations for why they might be offensive to others, reported The Telegraph. "I don't say 'That's so gay' because sexual orientations should not be mocked or reappropriated as derogatory terms," reads one image. "I don't say 'man up' because I don't believe in gender norms," reads another. Each image addresses a different term or phrase, and each features a photo of a different Duke University student.

The Telegraph's Radhika Sanghani applauded the effort, not just because it strives to make students more aware of their words, but also because the imagery includes a diversity of students, especially with respect to gender. She noted that many gender-focused campaigns -- such as the Everyday Sexism project and the Telegraph Wonder Women workshops -- are female-led. The "You Don't Say?" Campaign, by contrast, does not just feature men -- men dominate the imagery: Of the 17 student photos released, 10 featured men.

The campaign has garnered a lot of support on Facebook, The Telegraph reported, drawing positive comments from people all across the world. It is not without its critics, however: Several visitors have mocked or otherwise criticized the campaign. Many critical comments drew swift responses from the campaign's supporters, including one who noted that the naysayers prove "the campaign's effectiveness and relevance."

Readers can visit the "You Don't Say" Campaign on Facebook or Twitter to review all of the images released thus far.