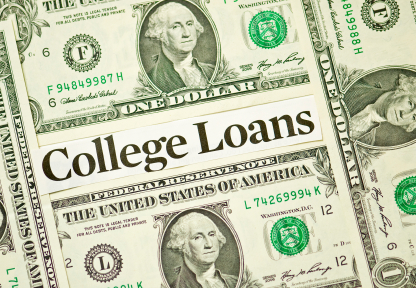 Education Secretary Arne Duncan appealed to the Senate this week to pass the student lending overhaul bill, which is expected to save an estimated $80 billion.

"Working Americans pay while bankers get rich," said Duncan in a prepared statement which was quoted in The Washington Post. "Sallie Mae executives have paid themselves hundreds of millions of dollars in the last decade while teachers, nurses, and scientists--the backbone of the new economy--face crushing debt because of runaway college tuition costs."

The Student Aid and Fiscal Responsibility Act calls for all federal student loans to be directed through the Direct Loan Program under the U.S. Department of Education, rather than through private lenders such as Sallie Mae. Doing so would end taxpayer subsidies to private lenders, which would free up billions of dollars which could be directed towards Pell Grants and community colleges. The House of Representatives has already passed a version of the bill, but the measure has been stalled in the Senate as legislators debate healthcare legislation.

But The Wall Street Journal reports that this week Duncan blamed the stalemate on intensified lobbying by private lenders, who he said "will do anything to keep these subsidies flowing." He noted that Sallie Mae is calling attention to possible massive job losses while also moving "thousands of American jobs overseas."

Opponents of the measure argue that students would see a decline in service, leading to higher default rates. "We believe reform is needed to make college more affordable," noted Martha Holler, vice president of Sallie Mae, who was quoted in USA Today. She added, however, that "we think families would be better served by having competition rather than government-run monopoly."

John Remondi, Sallie Mae's chief financial officer, added that the company merely wishes to modify the measure so that private lenders can act as loan originators for a set fee. "We have been trying to work with Congress to pass this legislation as soon as possible," he was quoted as saying in the Journal. "There is not a single statement that we have ever made or a single bit of evidence" to support claims that Sallie Mae wishes to keep the subsidy system.

The Post reports that Sallie Mae estimated that passage of the bill would lead to the loss of 2,500 jobs. The company is now paying for radio advertisements in Indiana and Pennsylvania--where many of its offices are located--that raise questions about potential job losses if the bill becomes law.

But Duncan decried the ads. "We want the American public to have full knowledge of what's happening here, the reality," he was quoted as saying in the Post. Private lenders "have had a very sweet deal. . . . Our proposal is infinitely better for middle-class, working-class Americans."