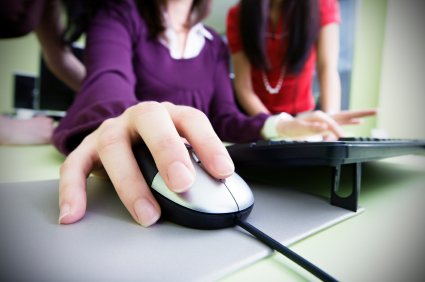 The ease of applying to college online and with "fast-track" applications has undoubtedly played a part in the record number of college applications received at institutions this year.

The Citizen-Times in Asheville, North Carolina, reports that organizations such as the College Foundation of North Carolina and Common Application allow students to answer a few basic questions which can be easily copied and submitted to many universities. At the foundation's Web site, CFNC.org, students can apply to all of the state's 110 public, private and community colleges. Consequently, applications through the College Foundation increased from more than 249,000 in 2006-7 to almost 400,000 in 2008-9.

Common Application, meanwhile, allows students to submit applications to nearly 400 institutions throughout the country. According to its Web site, CommonApp.org, nearly 1.4 million applications were submitted in this way last year.

Nevertheless, admissions counselors caution that mistakes are easy to make on such generic applications, and students should take their time to review material before submitting it. Jacqueline DeJournett, a high school senior who applied to 13 schools online, told the Citizen-Times that it's important to "be real careful with essays to make sure if two schools have the same essay you didn't use the wrong name."

Other institutions have seen a growth in applications by sending students fast-track applications that require little more than a signature. The New York Times reports that the College of Saint Rose in Albany, New York, sent out 30,000 applications to high school seniors last year which pledged to waive the $40 application fee, allowed them to skip writing an essay, and promised a decision within three weeks. The college has consequently seen applications increase at least 25 percent annually over the past few years and its standing in the U.S. News & World Report rankings has climbed more than 20 notches.

The fast-track college application is catching on; the Times reports that more than 100 institutions paid the Virginia-based Royall & Company to design and send out similar application packets with the goal of boosting their application pools. Last year, for example, Marquette University in Wisconsin sent out 40,000 fast-track applications.

"It was free. I had nothing to lose," he was quoted as saying in the Times. "If they're willing to consider me, then I'll definitely consider them."