Economic Growth At Highest During Fourth Quarter 2011 But Still Bumpy 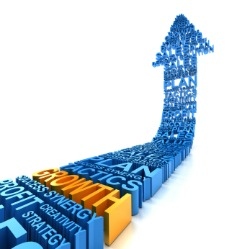 While the economy experienced the highest amount of economic growth in the fourth quarter of all last year, economists are still saying that the road ahead could be bumpy.

On the positive side, the 2.8 percent in economic growth experienced from October to December 2011 was the fastest seen since the spring of 2010, reported The Washington Post. The increase also follows three quarters of growth with rates below two percent. However, economists are saying economic growth needs to be higher to help offset unemployment rates.

Alan Krueger, chairman of the White House Council for Economic Advisers, agreed. "While the continued expansion is encouraging, faster growth is needed to replace the jobs lost in the recent downturn and to reduce long-term unemployment," he said in Bloomberg Businessweek.

In fact, many economists indicate that the U.S. must have continual growth of at least 2.5 percent to help decrease unemployment rates, The Washington Post noted.

According to a survey of conducted by Reuters, some economists had hoped for 3 percent growth in the last quarter of 2011.

"Though the unemployment rate has improved, the jobs market remains a major challenge," Adolfo Laurenti, deputy chief economist at Mesirow Financial in Chicago, told Reuters. "The high level of people out of the workforce and underemployed people show there isn't really much income generation to contribute to a better spending pattern."

Consumer spending plays an important part in U.S. economic growth, accounting for up to 70 percent of the country's economic activity, Reuters noted. Consumers did appear to spend more in the fourth quarter of 2011 especially when it came to obtaining new vehicles. The Japanese earthquake and subsequent tsunami caused a delay in delivery of vehicles, which could be the reason for the fourth quarter uptick.

The fourth quarter increase was also an improvement over the third quarter rate of 1.8 percent. However, the newest report of numbers did cause a slight dip in U.S. stocks, long-ranging Treasury debt prices and the value of the dollar.

"We're still repairing the damage done by the financial crisis," U.S. Treasury Secretary Timothy Geithner was quoted in Reuters as saying at the recent World Economic Forum. "On top of that, we face a more challenging world. We have a lot of challenges ahead in the United States."