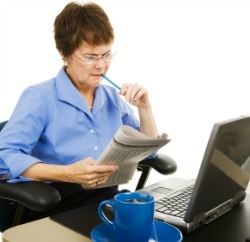 Despite the fact that several reports fueled hopes for a strengthening jobs market in September, a recently released jobs report from the U.S. Department of Labor showed a convergence of unfortunate events taking place in the U.S. economy. Data from the report shows that the economy added only 148,000 jobs in September, bringing the current unemployment rate from 7.3 to 7.2 percent. Among the growth, businesses added just over 126,000 jobs while federal, state, and local governments added only 22,000, notes USA Today. The biggest job gains were in construction, wholesale trade, transportation, and warehousing. The average work week remained unchanged at 34.5 hours while the average hourly earnings rose 3 cents to $24.09.

Consumer confidence reportedly waned earlier this month as the population reacted to the government shutdown. Complicating matters is the fact that lawmakers must renegotiate the nation's borrowing limit and budget earlier next year.

"There is no question that the focus of policy should be on how to achieve a faster pace of job growth by increasing certainty and investing in jobs, rather than the self-inflicted wounds of the past several weeks that increased uncertainty and inhibited job growth," said White House chief economist Jason Furman.

According to the Washington Post, the stock market remained unreactive to current economic conditions, possibly due to investor speculation that the Fed will continue with its massive stimulus program. It is currently unknown when the Fed will start curtailing quantitative easing since its plans to do so were based on an improving economy. Although they were scheduled to begin tapering their stimulus program in September, the timeline has been extended until sometime in the future. Analysts are now predicting a change in policy at the end of the year, or possibly the beginning of next year.

"When they chose not to taper in September, it was still the case that most participants thought it would start by the end of the year," said John Ryding, chief economist at RDQ Economics to the New York Times. "Does this jobs number necessarily push that back? I think there's still a vigorous debate to be had. It's not a foregone conclusion."

Despite the fact that the construction sector added 20,000 jobs in September, the housing market remains a crucial component to economic recovery. Therefore, the Fed plans to keep a watchful eye on the current housing market in order to determine the effect of rising interest rates on home sales.

Unfortunately, data used to create the Department of Labor report was compiled well before the recent government shutdown, leading many to believe that the stats may now be much worse. And, as with this month's report, October's job report will likely be released about a week late due to the government shutdown. And, with the long-term consequences of the 16 day government shutdown not quite known, it may be some time before a clear picture of the nation's economy presents itself.