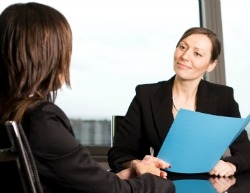 The Department of Labor released an overall positive jobs report for the month of November, with job gains across industries, slightly higher wages and a drop in the unemployment rate.

As reported by USA Today, the Labor Department's November jobs report showed that the U.S. economy added 203,000 jobs last month, which was higher than the 180,000 job gain that most economists had forecasted. Additionally, the unemployment rate dropped to 7.0 percent from 7.3 percent, the lowest it has been since November 2008. The Wall Street Journal noted that economists predicted that the unemployment rate would fall to 7.2 percent.

According to MarketWatch, job gains occurred across the board and last month saw a shift towards more well-paying jobs compared to October. The number of businesspeople and professionals who found a job last month increased by 35,000. Companies that warehouse and deliver goods ramped up their hiring for the holiday season, adding 31,000 new jobs. Manufacturers and construction added 27,000 and 17,000 jobs, respectively. Overall, USA Today noted that the economy has added more than 2 million jobs so far in 2013.

There were also other signs that suggest that the economy is recovering nicely. The average workweek went up 0.1 hour to 34.5 hours and average hourly wages also inched up four cents to $24.15 as a result of increased hiring in higher-paying sectors. Companies also hired more temporary workers last month. In November, 16,000 temporary employees were added. An increase in contingent workers is typically a sign that companies will start adding permanent staff.

While some economists said that the report is further evidence of a strengthening economic recovery, others are still skeptical. MarketWatch noted that as many as one-fourth of the jobs created in November could reflect hiring needs for the holiday season, which means that those numbers will be down again at the beginning of 2014. For example, many of the jobs gained at companies that warehouse and deliver goods will likely be eliminated after the holidays. Moreover, the number of long-term unemployed remained unchanged last month (4.1 million) and an analysis by BNP Paribas shows that the steady decline in the unemployment rate over the past year has largely been due to more people dropping out of the labor force, a clear sign that the economy is not creating enough jobs for a truly healthy labor market.

As The Wall Street Journal pointed out, the report is likely to further complicate the debate on the Fed's bond-buying program. Some believe that the previous Labor Department jobs reports are solid evidence that the Fed will begin tapering off its bond purchases as early as this month. The bond-buying program started in September 2012 and was intended to keep long-term interest rates low, boost investment and stimulate hiring. Other analysts, however, speculate that the Fed will hold off on pulling back until the central bank's January or March policy meetings.