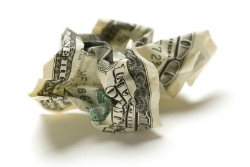 Dropping out of college is not only costly and disappointing for the student who does it--it also can cost states billions of dollars.

A report from the American Institutes for Research (AIR) looked at more than 1.1 million full-time students who started college in 2002 to earn a bachelor's degree and found that 493,000 students did not graduate within six years, according to an AIR press release. These college dropouts cost the nation $4.5 billion in lost earnings and lost federal and state income taxes. These students who did not graduate within six years missed out on approximately $3.8 billion in potential earnings for 2010, which would have generated $566 million in federal income tax revenue. States could have also benefited from $164 million in state income taxes if they had not dropped out.

"Taxpayers have paid billions of dollars in subsidies to support these students as they pursue degrees they will never earn, and as a nation, we incur billions in lost earnings and lost income taxes each year," said Mark Schneider, a vice president at AIR and co-author of the report.

What is worse, however, is that those figures only represent a small segment of students.

"This is just the tip of the iceberg," explained Schneider. "While this report focuses on only one cohort of students, losses of this magnitude are incurred annually by each and every graduating class."

As GOOD pointed out, students who fail to graduate do not get the financial boost that usually comes with a college degree, which means that they have more trouble paying back loans and are more likely to default.

Fourteen states lose more than $100 million a year from this group of dropouts, reported DailyFinance. California lost the most, $386 million, followed by New York with approximately $360 million. Although less, Louisiana, Massachusetts, North Carolina and New Jersey still lost between $100 and $107 million in earnings.

According to Diverse: Issues In Higher Education, Schneider said the report should be a "wake up" call. GOOD agreed, pointing out the need to focus on retention and graduation rates.

"We don't have a good playbook in terms of what drives up completion rates because it's been ignored for so long. All campuses cared about were filling seats," Schneider said to Diverse.