Economy Shows Signs Of Recovery For 2011 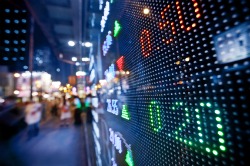 Invigorated by the temporary boost in spending from the holiday season, the economy is showing signs that it will rebound in 2011, according to economists' projections.

According to the Chicago Tribune, with consumers spending more than anticipated on holiday shopping this year, corporate executives are suggesting that the economy is predicted to grow entering the New Year.

After spiraling into the worst recession since the Depression, economists say the U.S. gross domestic product will finally return to the $13.36 trillion level it fell from in 2007. Economists expect that it will exceed that benchmark within the next year.

"It's taken us a very long time to get back to even," said Northern Trust economist Paul Kasriel. "It's the weakest recovery since the recovery that began in April 1933."

Kasriel added that in 2011, "people will worry less about losing their jobs, and if you have been out of work, you will start seeing better job opportunities."

As the economy slowly recovers, many employers are also stepping up recruiting efforts, The Wall Street Journal reported. According to data compiled by Indeed Inc., which runs one of the largest employment websites, many of the new jobs being created are in retailing, accounting, consulting, health care, telecommunications and defense-related industries. Figures have shown that the number of U.S. job postings on the Internet rose to 4.7 million on December 1, up from 2.7 million a year prior.

Similarly, government data indicates a rising trend in job prospects. At the end of October, there were 3.2 million private-sector employment openings, up from 2.3 million the year before but well below the 3.7 million in October 2007 before the recession, the Bureau of Labor Statistics reported.

Some analysts, however, question whether the economy is actually on the road to recovery, believing that the federal government's recent enactment of sweeping tax cuts and unemployment benefits has merely put extra money into people's pockets, the Chicago Tribune noted.