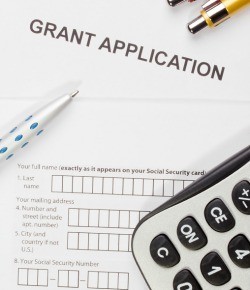 In an era of skyrocketing student debt, financial aid can be a lifeline for students who otherwise could not afford to go to college. That is precisely why colleges recently became concerned when they noticed an uptick in what appeared to be inflated earnings reported on students' Free Application for Federal Student Aid applications, or FAFSAs. The problem, eventually traced to a change in the FAFSA Web application, could cost students Pell grants and other aid. Flagged applications were temporarily paused. The U.S. Education Department announced that it will go ahead and process affected applications despite the error -- a move that The Chronicle of Higher Education reported will result in thousands of students receiving improper aid, if any.

According to the U.S. Education Department's announcement, the surge in FAFSA applicants reporting what seemed to be an inflated value in the Income Earned from Work field on FAFSA on the Web was the result of a change in the application: Previously, families and students reported earnings to the cent, using decimals. Now applicants are asked to round their earnings to the nearest dollar. When applicants who missed the memo input earnings using a decimal point, the Web application ignored it, inflating the figures. For instance, if an applicant said they earned $5,000.19 the previous year, the system reported that the students earned $500,019.

This simple decimal error can be costly for students who do not catch it and submit a corrected application, reported The Chronicle of Higher Education. On one hand, it increases applicants' allowances against income, which are shielded from consideration in calculating the Expected Family Contribution. In this case, some filers will receive more aid than they are entitled to. In other cases, income reporting errors make needy students ineligible for certain aid, like Pell Grants.

By deciding to process applications despite the error, the USED acknowledged that students who do not catch and correct errors on their own will not receive the correct amount of aid. The announcement encouraged state and college departments to review applications on students' behalf. Some state education departments, including the Vermont Student Assistance Corp., are encouraging students to re-check their numbers.

"The last thing we want to do is have a family in great need look like they don't have any financial need," Marie Johnson, Director of Student Financial Services at the University of Vermont, told My Champlain Valley. "Families are stretching every last dollar, and to be having their financial aid eligibility misrepresented because of this kind of thing is concerning especially when people aren't as savy [sic] to know what they might be eligible for or not, so it's very important we have accurate information to dtermine [sic] their aid eligibility."

The National Association of Student Financial Aid Administrators also urged members to review all applications and flag those that show a large year-over-year increase in earnings. NASFAA President Justin Draeger told The Chronicle of Higher Education that those are the applications that are most likely to result in lost Pell Grants.

The VSAC's media campaign directs impacted students to its website, where it outlines instructions for correcting FAFSA applications. According to the site, students can simply visit www.fafsa.gov and log in as "Returning Users" -- names, Social Security Numbers and dates of birth will be required. Students can then click on the "Make FAFSA Corrections" link and follow instructions on the screen. VSAC warns applicants to continue the submission process through the "Submission Confirmation" page to ensure numbers are properly updated. Once submitted, corrected data is processed immediately.