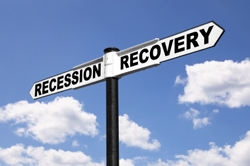 According to a recent survey, workers are regaining confidence in the job market.

A survey of 2,045 U.S. adults aged 18 and older, showed that 40 percent--the highest level in six quarters--believed that they could find a new job that was in line with their experience and compensation within six months, reported a press release. Optimism was particularly high among younger workers (18-34 years old)--within this demographic, 50 percent said they thought they would be able to find a job that corresponded with their experience in the next six months. Those 55 years old and older had the lowest levels of optimism--just 29 percent felt they would be able to find a comparable job.

This increase in employee confidence is also evident in the level of turnover--73 percent of workers said they planned to leave their current job in the future. Although this question was not asked last year, according to FINS, 21 percent of respondents said they would look for a job when the economy recovered.

"For the last two and-a-half, three years, the music stopped, and if you had a chair you were lucky to be in it... Now that we're starting to hear a melody out there, those that are less risk averse are going to get up and go," said Rusty Rueff, a career and workplace expert with Glassdoor, the Sausalito-based company that published the survey.

In addition to increased optimism in the job market, employees seemed less worried about being laid off in the next six months, according to the press release. Lay off concerns remained unchanged from the fourth quarter at 17 percent. Concerns over coworker layoffs decreased one point to 30 percent.

According to the press release, men and women also differed in opinions when it came to company outlook--50 percent of men said they expected their company outlook to improve, compared to just 28 percent of women who felt the same.

That data provides useful information that Rueff recommends employers put to good use: "This report should put employers on alert as the economy improves and employees become less risk-averse to change. We're seeing early warning signs that employment churn will rise, which will be another disruptive and costly outcome of the recession for those who don't prepare."

"Employee Confidence in Job Market Rises; One in Four Expect to Leave Job in Next 2 Years," glassdoor.com, March 29, 2011