Employees' Social Media Rants May be Protected by the Law 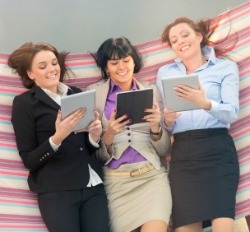 Social media platforms such as Twitter and Facebook make it possible to share virtually anything with a large group of people quickly, including gripes about bosses or co-workers. According to The New York Times, many employers, including such large corporations as Target, General Motors and Costco, have attempted to enact social media rules limiting what workers can say about their employers and jobs. Some of these companies even deem certain online comments as offenses that warrant job dismissal. This begs the question of whether employers can actually fire workers for disparaging Facebook comments and other social media rants. A series of recent rulings and advisories from labor regulators suggests the answer is both yes and no.

Spokesman for the National Labor Relations Board Tony Wagner told Forbes that the National Labor Relations Act of 1935 protects most of employees' negative comments directed towards their employers or company. In the act, the rule holds that as long as one's intentions are to improve or change the terms of one's employment, and one is attempting to act in concert with colleagues who might also be affected by those conditions, one can speak freely -- online or off -- without fear of retribution. However, lone rants that do not benefit any other employees are not protected.

The New York Times reported that, following this interpretation of the NLRA, the board has ordered the reinstatement of a number of workers terminated for making statements via social media that could be construed as negative or disparaging, arguing that these workers' comments aimed to improve the workers' collective situation. The board has also pushed several companies to rewrite their social media rules to reflect this precedent.

According to Salon, the NLRB contends that by applying the National Labor Relations Act to speech delivered online, it is simply bringing a long-standing precedent into a more modern age. Not everyone agrees. The Times noted that some corporate representatives feel the board is intervening in social media cases in an attempt to stay relevant at a time when private unions are shrinking both in size and power.

Whatever the board's intention, The New York Times notes that the NLRB's rulings speak to a much broader debate about whether institutions, including colleges and local governments, can legally address such issues as online bullying or other types of virtual speech. The NLRB is not the only government agency weighing in on the legality of institutions' sweeping social media policies. This month California and Illinois became the most recent states to prohibit employers from requesting employees' or job seekers' social media passwords.

Labor lawyer Steven M. Swirsky admitted to The Times that it can be difficult to place clear legal limits on employees' social media posts.

"Even when you review the NLRB rules and think you're following the mandates," he said, "there's still a good deal of uncertainty."

"Even if It Enrages Your Boss, Social Net Speech Is Protected," nytimes.com, January 21, 2013, Steven Greenhouse