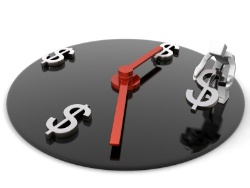 Since the worst of the recession in 2008, an increasing number of employees have been suing their companies for unpaid overtime. During a time when businesses had laid off about 9 million people, employees put in extra hours for no additional compensation.

The number of lawsuits employees filed last year for unpaid overtime had increased 32 percent over 2008, USA Today reported. Data from the defense law firm Seyfarth Shaw shows that 7,006 wage-and-hour suits, nearly four times the 2000 total, were filed in federal court last year. Many of them were class action suits. Additionally, in fiscal 2011, the Labor Department recovered $225 million in back wages for employees, a 28 percent increase from fiscal 2010.

Over the last two years, the department has added 300 wage-and-hour investigators, increasing its staff by 40 percent to 1,050. According to Nancy Leppink, deputy administrator of the wage-and-hour division, the Labor Department "has stepped up its efforts to protect workers," especially "in high-risk industries that employ low-wage and vulnerable workers."

For many employees, the work week has extended beyond 40 hours. "What might be an 8 a.m. to 5 p.m. position could easily work 40, 50, 55 hours a week," Shaun Androff of Hiregy Staffing told My Fox Tampa Bay.

The Huffington Post notes that according to the Fair Labor Standards Act, while hourly workers are entitled to overtime pay for logging more than 40 hours in a week, salaried works are not eligible unless they earn less than $455 per week.

According to the Huffington Post, the jump in lawsuits could indicate that the job market is improving enough for workers to be able to stand up to their employers. In fact, Labor Department data shows that more employees quit their jobs in February than in any other month since November 2008.

My Fox Tampa Bay mentions that workers complained in their lawsuits that they were forced to work off the clock. They said their jobs were misclassified and therefore exempt from overtime pay requirements. Employees also said that work encroached upon their personal time due to cellphones and other technology. "I think a lot of employees are frustrated when they're checking e-mails on weekends, having to go check on their work on their laptops," Androff said.

According to USA Today, employers said the uptick in lawsuits reflects how the FLSA has become outdated, arguing that many workers want the flexibility to work at home or manage office e-mail while out and about. Employers have responded to the lawsuits with such measures as making clearer distinctions between workers and managers. These measures could translate into significant changes to the workplace.