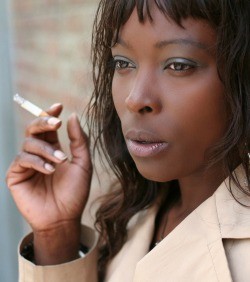 Smokers cost their employers an extra estimated $5,816 each annually compared to their nonsmoking co-workers, an Ohio State University study showed. Included in this figure are any savings companies might accrue in pension costs for smokers, who tend to die at younger ages than nonsmokers, NBC News reported.

The study's findings were consistent with increasing numbers of employers enforcing smoke-free workplaces and not hiring smokers, said Micah Berman, the lead researcher and a public health law expert. Alaska Airlines, for example, has had a smoke-free policy in effect since the 1980s and, according to company spokeswoman Marianne Lindsey, also has a "free quit smoking program for employees and dependents who may have started smoking after being hired, or who smoked prior to our non-smoking policies being implemented."

However, in 29 states and the District of Columbia, employers can't legally forbid or punish smokers but can charge them higher health insurance premiums. In some of the remaining states, anti-smoker policies are being challenged in court. These policies could affect a large portion of American workers. According to the Centers for Disease Control and Prevention, about 19 percent of American adults smoke, and about 443,000 individuals die prematurely every year from the habit.

The study's results appeared in the June 2013 issue of Tobacco Control. Researchers analyzed data from past investigations into various employer costs related to smokers. Those included costs of health care, absenteeism, time spent on the job working below standards (also called "presenteeism"), smoking breaks and retirement benefits. As stated in NBC News, Berman and the team of researchers tended to be conservative in their calculations, wherever possible. "Employers try to correct for the idea that smokers cost more by paying them somewhat less," Berman said. "Even when we adjusted for that, smokers still cost more."

On average, smokers took about five smoking breaks per workday, compared to the three of nonsmokers, News 96.5 noted. Productivity loss during those two extra work pauses added up to about $3,077 per year for smoker, the greatest portion of the excess financial burden to employers. The lower work threshold extended beyond the additional breaks, Berman told NBC News. He attributed this to smokers often experiencing physical and psychological withdrawal only 30 minutes after their last cigarette due to the diminished nicotine high. Researchers estimated presenteeism costs from such situations to be $462 a year per smoker.

Health care expenses were also examined, since smokers generally have higher rates of cancer, lung disease, and other sicknesses. Extra health care costs amounted to about $2,056 per smoker annually. Next were additional absences, which totaled about $517.

Retirement payouts saved due to the fact that employees who smoke have a generally shorter lifespan partially offset the various additional expenses for smokers. Companies save about $10,123 for a man and $383 for a woman on pensions.

While digesting the study's findings, Berman urged companies to maintain compassion for their smoking workers, the Daily Mail indicated. "Employers should be understanding about how difficult it is to quit smoking and how much support is needed," he said. "It's definitely not just a cost issue, but employers should be informed about what the costs are when they are considering these policies."