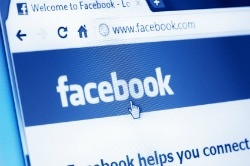 Some businesses and colleges are demanding full access to prospective employees' or students' Facebook accounts in order to screen for potentially damaging material.

As reported by MSNBC's Red Tape Chronicles, job seekers in Maryland who applied to the state's Department of Corrections were asked to log onto their Facebook accounts during interviews. The person conducting the interview then watched while the applicant scrolled through wall posts, friends, and photos.

According to Maryland ACLU legislative director Melissa Coretz Goemann, who was cited in the article, agreeing to a Facebook review is voluntary. However, virtually all job applicants agree to it so that they can do well during the interview.

As Forbes reported, private employers legally have the right to ask for your Facebook password, and they can choose not to hire you if you refuse.

"Legally, the employer has a strong position," explained Behnam Dayanim, a privacy attorney from Axinn Veltrop Harkrider who was interviewed by Forbes. "You can say no, but there's no element of duress there. If you don't get the job, you're no worse off than you were before. That said, as a policy matter for the employers, I think it's a bad idea."

MSNBC also reported that various colleges around the country are requiring student athletes to "friend" a coach or compliance officer, allowing that person to have access to "friends only" posts. At the University of North Carolina, for example, the handbook notes, "Each team must identify at least one coach or administrator who is responsible for having access to and regularly monitoring the content of team members' social networking sites and postings."

The handbook also notes, "The athletics department also reserves the right to have other staff members monitor athletes' posts."

As reported by Time, the Illinois state legislature recently introduced a bill to prohibit employers from asking job applicants for social media website passwords. Prior to that, Maryland also introduced similar legislation.

"Congress should clarify that this is not permissible and protect companies from liability for what their employees say and do privately on this medium," agreed Dayanim in Forbes.

But Time pointed out that people who wish to get hired may have no choice but to go along with the practice.

"While at first this seems like an egregious infringement into private (online) lives," noted Time, "it should serve as a reminder to never post things on Facebook that you wouldn't want people to see -- it's still the Internet, where nothing is ever truly private."