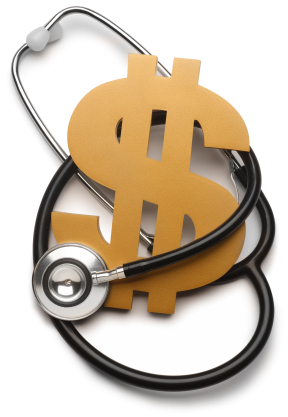 "As costs rise, it makes the high deductible plan more attractive, because it's one way to keep premiums down," explained Paul Fronstin, director of EBRI's health research and education program, who was quoted in The Washington Post.

Health plans with health savings accounts (HSAs) allow employees to contribute pretax income into a savings account that can be used to pay for qualifying medical expenses, including deductibles. Health plans that are linked to HSAs usually have annual deductibles of at least $1,200 for individuals and $2,400 for families. Both employers and employees can contribute to the HSAs, but the money belongs to the workers--and unlike funds contributed to a flexible spending account, there is no time limit for when the money needs to be spent.

American Medical News notes that enrollment in high-deductible health plans varied widely among states, with the highest rate at 13.8 percent in Vermont, and the lowest rate in Hawaii, where only 0.2 percent of residents have such plans.

But that is likely to change. CNNMoney.com reports that companies which offer healthcare plans will see costs increase 9 percent in 2011, and as a result, more employees will pay higher deductibles. According to a survey of 700 employers by Pricewaterhouse Coopers, more than 50 percent of workers will have a deductible of $400 or more by 2011, compared to 2008, when only 25 percent of companies reported having deductibles that high. Moreover, 13 percent of companies said their primary health insurance plans were high-deductible in 2010, compared to 6 percent in 2008.

The Post notes that the recent federal healthcare legislation will make HSAs somewhat more limited: Beginning in January, HSA funds will not be permitted for over-the-counter medications unless specifically prescribed by a physician. Moreover, the penalty for using HSA funds for nonmedical expenses will increase from 10 percent to 20 percent.