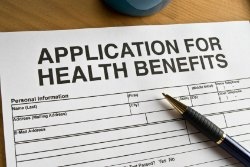 According to a new report, employers are offering more benefit options that give employees more responsibility and control over their health and finances.

The report, released today by the Society for Human Resources Management (SHRM), was based on a survey of 550 randomly selected HR professionals, according a press release. It examined 297 benefits in 12 sections and found that while the recession has negatively affected wellness offerings, more employers are providing benefits that allow employees to manage their benefit plans and also reduce costs for employers. For instance, 45 percent of employers are offering health and lifestyle coaching this year, compared to 33 percent in 2008. More employers are also offering rewards or bonuses to workers who finish a health and wellness program--35 percent this year versus 23 percent in 2008. Life Inc. noted that such rewards include discounts on healthcare premiums. Nine percent of employers now offer premium discounts for losing weight, whereas just 4 percent did so in 2009. Twenty percent of employers offer discounts for employees who stop smoking. In 2009, just 8 percent of companies offered that option.

"Employers recognize that providing employees with the opportunity to improve their health can increase morale, confidence and productivity," explained Mark J. Schmit, vice president of research at SHRM, in the press release. "...Benefits that encourage healthier behavior are a cost effective way to keep up employee morale, while healthier employees also help decrease healthcare costs to employers and employees."

However, as Life Inc. noted, even though companies say they want employees to stop smoking or lose weight, they are not providing smoking cessation classes or fitness club membership reimbursements. The percentage of companies offering smoking cessation classes has remained at about 40 percent in recent years and fewer companies offer gym membership reimbursements today than in 2009. Instead, it is now primarily up to the employee to find ways to stop smoking or slim down.

"By shifting primary responsibility in controlling certain healthcare and financial benefits, employers are recognizing a shift in workplace culture," said Schmit in the press release. "The new plans allow employees have more control over how they save for retirement and manage their health, while reducing costs for employers." Schmit also added that these plans offer greater flexibility, which is attractive to employees since it is likely that they will not spend their entire career at one company.