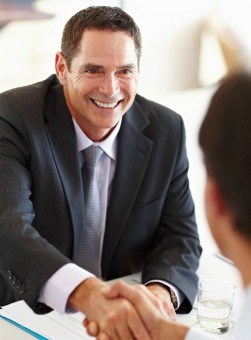 Recent graduates applying for entry-level positions often emphasize their academic achievements or internship experience on their resumes and during interviews. A new study suggests that their interests and hobbies could be equally if not more important in landing—or losing—a position, at least among well-known legal, financial or consulting firms.

The study, entitled "Hiring as Cultural Matching: The Case of Elite Professional Service Firms," was conducted by sociologist Lauren Rivera of Northwestern University. The results, which were published in the American Sociological Review, revealed that investment banks, law firms, and management companies have a tendency to choose new workers based on their interests, leisure activities, and personality styles rather than their professional or academic pedigrees.

"I was surprised at the power of the shared culture in hiring decisions made by these employers," Rivera told Science News.

Over the course of two years, Rivera interviewed 120 workers involved in hiring recent college graduates applying for entry-level banking, legal or consulting jobs. While she had set out to study potential racial or gender bias in the hiring process, she soon realized that cultural ties between employers and jobseekers primarily determined whether or not a candidate would receive an offer. According to Forbes, one investment banking hiring manager described this process as the "stranded in the airport test."

"Would I want to be stuck in an airport in Minneapolis in a snowstorm with them?" he asked.

Forbes reported Rivera’s finding that firms often assign themselves a distinct personality type based on the presentation styles and hobbies of their employees. For instance, while some firms define themselves as "sporty" or "fratty;" others identify as "egghead" or "intellectual." When reviewing resumes, many evaluators try to categorize applicants into a similar social group, seeking a match. For instance, according to Science News, most top-ranked firms tend to favor applicants with upper-middle class interests, like rock climbing, playing cello, or enjoying film noir.

"Interviewers often privileged their personal feelings of comfort, validation and excitement over identifying candidates with superior cognitive or technical skills," Rivera said in her results. "In many respects they hired in a manner more closely resembling the choice of friends or romantic partners."

Rivera cautions that while choosing employees based on cultural fit may produce a more cohesive workforce, it could also result in companies making overly quick hiring decisions that prevent them from developing a work environment of varied viewpoints and life experiences.

Of the various types of firms studied, Rivera's results suggest law firms were the most likely to hire a person based on cultural fit. Seventy percent of evaluators within those companies said fit was a primary consideration, while 60 percent of investment firms and 40 percent of consulting firms indicated this preference. Science News reported that while she only interviewed participants within these industries, Rivera speculates that many different types of businesses and employers probably also hire people based on cultural background in addition to job skills.