Employers Required to Give Workers Time off to Vote 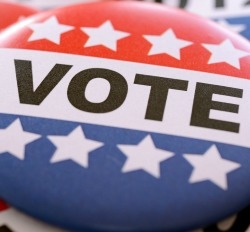 Election Day is just around the corner. A significant number of people have already cast their ballot and voted early, but many others have yet to decide on a candidate. Those who are waiting until Tuesday to vote should be aware of the fact that they may be eligible to receive time off of work to do so.

According to InsideCounsel, 31 states mandate that employers provide time off to vote on Election Day. These states have varying regulations regarding how employees can qualify for time off. For example, some states require that employees get paid for the working hours that they use to vote or give advanced notice if they need to vote during the work day. Some states even require employers to post signs notifying workers of voting rights laws.

As the Houston Chronicle noted, Texas is one of those states that gives workers paid time off for voting during business hours. However, this law does not apply to individuals whose normal working day allows a two-hour window for voting. For instance, polls in Texas are open from 7 a.m. to 7 p.m., which gives 9 to 5 workers two consecutive hours on each end of their working day to vote. The law is intended more for individuals with longer working hours. For example, for someone who typically works from 6 a.m. to 6 p.m., the employer must allow him or her to do one of three things: start work at 9 a.m., leave at 5 p.m., or take a two-hour paid lunch break.

Employers who don't comply with voting laws can face severe penalties. Rachel Steely, an employment lawyer, told the Houston Chronicle that employers who deny time off, dock pay, or threaten employees who want to take time off to vote can face a Class C misdemeanor, which includes a $500 fine.

However, according to Steely, despite these penalties, both employers and employees in Texas are often not aware that employers must allot company time for voting. Some employers are inquiring if the availability of early voting still requires them to give time off, while others are offering employees extended lunch breaks to vote early so that voting will not cut into work time on Election Day. Even with such provisions, employers still must provide qualified employees with two consecutive hours off of work on Election Day. "It's a bit reassuring that a certain company's business interest won't come before the basic freedom and duty of ours to vote," Steely mentioned in the Houston Chronicle as she expressed her opinion on Texas's voting laws.

As Fast Company pointed out, workers should follow other workplace guidelines during election season. For example, employers should not try to enforce their political opinions on others, although it is acceptable to encourage others to vote. Workers should also be wary about speaking negatively about candidates and speaking ill of others for their preferred candidate, as they might offend a coworker.