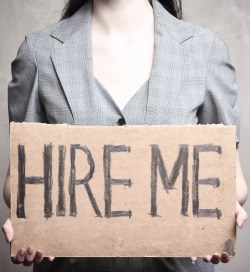 Compared to men, women have had more difficulty landing new jobs in the past several years, according to recent data from the U.S. Department of Labor.

The Los Angeles Times reports that men have dominated in landing new jobs since the end of June 2009, obtaining some 80 percent of the 2.6 million net jobs created.

This could be due to several reasons, one of which includes recovery in the field of manufacturing, which is typically dominated by men. The same cannot be said of government jobs, however, which are more likely to be held by women; these have continued to suffer setbacks. In fact, a study recently released by the National Women's Law Center shows that "severe" cuts in public-sector jobs at both the local and state levels have created a significant stonewall when it comes to employment recovery for women, reports The Huffington Post.

Additionally, men are obtaining a larger portion of available retail sales job, a field traditionally populated by women, notes the Los Angeles Times. Men now hold some 51 percent of the 14 million plus retail jobs in the U.S. Men have also gained more new employment than women in sectors such as education, financial services and health care, although women overall still comprise more of the workforce in these areas.

Actual unemployment numbers provide an even clearer picture of the differences regarding men and women. According to The Huffington Post, the seasonally-adjusted unemployment rate for women ages 16 and above dropped 4 percent from June 2009 through now while it has dropped 21 percent for men of the same age group. This disparity has led some to question whether discrimination is occurring when hiring.

"It's hard to know [whether] some employers place a priority on men going back to work," Joan Entmacher, vice president for Family Economic Security at the National Women's Law Center, said in the Los Angeles Times.

It has also meant that some women are pushing harder to enter fields typically more populated by men. According to jconline, women are increasingly taking jobs in fields such as construction, manufacturing, transportation and repair. However, they may be using more of their educational skills than physical skills when it comes to these arenas.

"The job may have the same name, but the skill sets are different," CEO and President Joe Seaman of Great Lafayette Commerce said in jconline. "In the past, strength was utilized, but now we are utilizing education."

Women have been earning more degrees than men in recent years, and this could help lead to an increased ability to find jobs in markets traditionally dominated by men or to obtain positions newly vacated by retirees.

"There are so many people retiring -- 10,000 people a day are turning 65 -- and the bulk of those that are leaving the workforce are men," Seaman said in jconline.

Despite the disparity, however, women have gained more new jobs than they did in months prior, according to the Los Angeles Times. Still, women have a ways to go when it comes to narrowing the recent gender gap in obtaining employment.