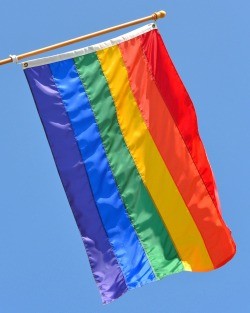 This afternoon, the Senate passed the Employment Non-Discrimination Act (ENDA) with a final tally of 64-32, the Los Angeles Times reported. Fifty-four Democrats and 10 Republicans voted in favor of the bill. If it becomes law, the bill would forbid private and public employers, labor unions, and employment agencies from using sexual orientation or gender identity as the basis for decisions regarding employment, compensation, or promotion.

"This is a really tremendous milestone," said Senator Tammy Baldwin (D-WI), the first openly gay person to be elected to the Senate, "...a day I will never forget in my service in the Senate. For folks like myself in the LGBT community, the opportunity to be judged in the workplace by your skills and qualifications, your loyalty, your work ethic is an important pronouncement for this nation."

Businessweek noted that ENDA has been a priority for gay-rights advocates since the Supreme Court struck down the Defense of Marriage Act, which prevented the federal government from recognizing same-sex marriages, on June 26. Supporters of the measure included President Obama, most Democratic legislators, several Republicans, and almost 70 Fortune 500 companies, who believe that it will help create more fair workplaces. As Jeff Merkley (D-OR), the bill's author, stated on the Senate floor, "This issue of freedom from discrimination is a core issue of freedom. [It] will make a difference in millions of lives, and it will make a difference in the strength and character of our nation."

Support from congressional Republicans did not come without amendments to the legislation. Politico explained that a potentially key move in garnering Republican votes was adding exemptions for religious organizations from ENDA and from government action for non-compliance with the bill. Rob Portman (R-OH), expressed his support for the revised bill, emphasizing that "[w]e must make certain that in pursuit of enforcing non-discrimination, those religious employers are not subject to a different form of discrimination -- government retaliation." Portman became the first sitting Republican to endorse same-sex marriage after finding out that his son is gay.

While opponents of the legislation may worry that it would create frivolous lawsuits, evidence described in The Washington Post suggests the contrary. According to a July report, states that ban LGBT discrimination have experienced relatively few employment complaints.

In fact, for many states, ENDA becoming law would have a small impact. Twenty-one states and the District of the Columbia already have legislation in place that prohibits discrimination based on sexual orientation, and 18 states plus D.C. have also banned gender identity discrimination. Almost 97 percent of 2012 Fortune 500 companies and many other businesses have similar protections.

If ENDA becomes federal law, lawyers have suggested that organizations update not only their policies but also their training. Without additional training, "there could be a claim that you haven't done what's required to maintain an anti- discrimination environment," warned Garry Mathiason, chairman of global employment law firm Littler Mendelson. Recent Pew Research data showed that 21 percent of surveyed LGBT adults have experienced discrimination at work.

The bill passed a major milestone with its success in the Senate, but The Washington Post hypothesized it will likely fail in the House, as Speaker John Boehner (R-OH) opposes it and does not even plan to bring it to a vote. House Minority Leader Nancy Pelosi (D-CA) mentioned in a statement cited in the Los Angeles Times that 95 percent of House Democrats are ready to vote in favor of the bill, and support from 10 percent of Republicans would be needed for it to pass. Chad Griffin, president of the Human Rights Campaign, is optimistic regarding the bill's fate if Boehner allows a vote: "We firmly believe that if the House of Representatives were freed by Speaker John Boehner to vote its conscience, this bill could pass immediately. It's unconscionable that any one person would stand in the way of this crucial piece of the civil rights puzzle." Charles Schumer (D-NY) echoed Griffin's frustration with Boehner's stance on the legislation: "Everyone talks about gridlock in Washington. It rests with one man: Speaker Boehner. Nearly every time the Senate passes a bill, it's like we're banishing the issue to a far-away jail, and Speaker Boehner's the prison warden."

"What ENDA would mean for managers in the workplace," washingtonpost.com, November 6, 2013, Jean McGregor, http://www.washingtonpost.com/blogs/on-leadership/wp/2013/11/06/what-enda-would-mean-for-managers-in-the-workplace/