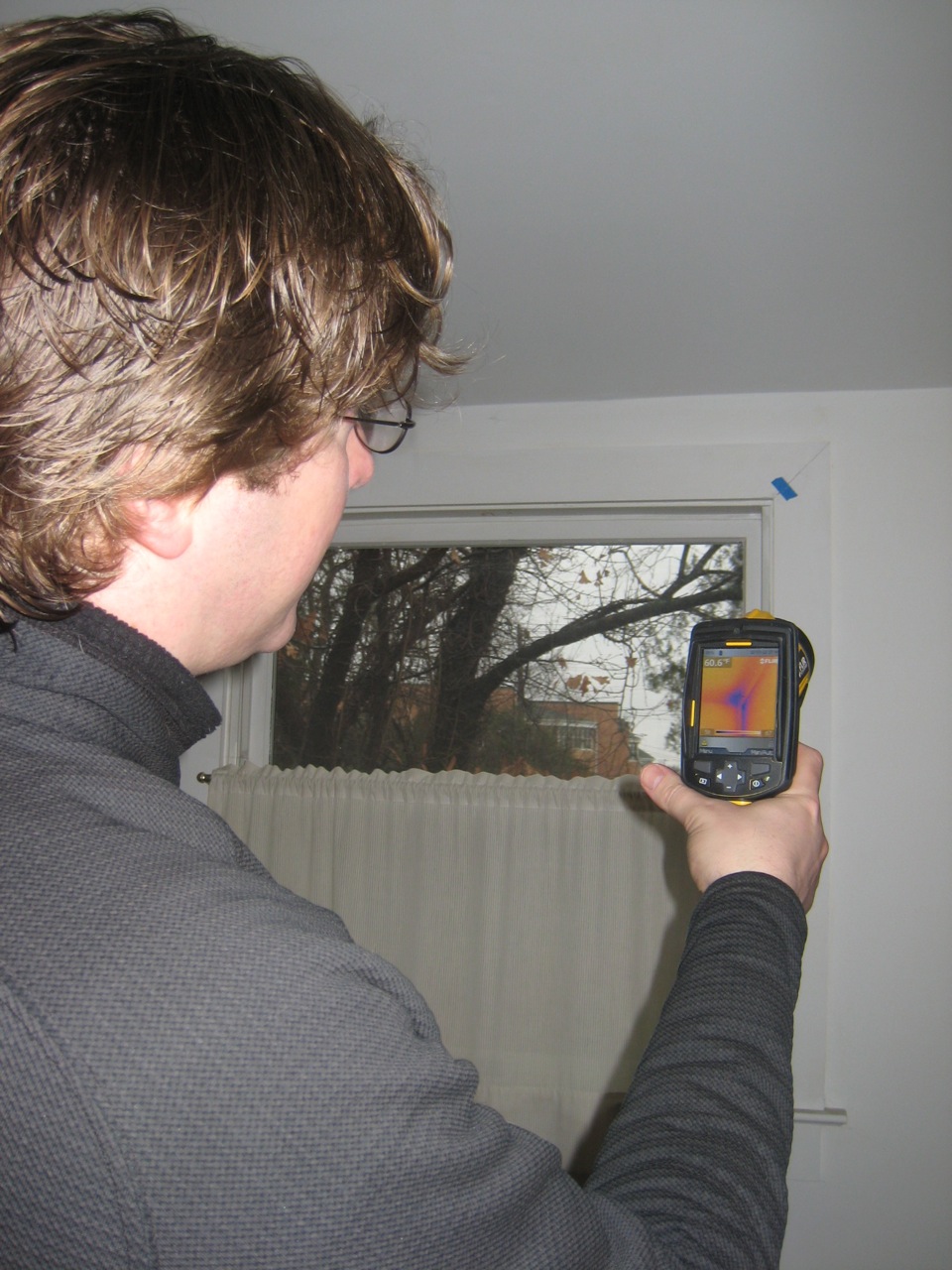 Here are quick summaries of articles from just three newspapers from around the country last week:

The Naperville Sun.: The city of Naperville, IL will use $700,000 of American Recovery and Reinvestment Act (i.e., the stimulus bill) to provide free energy audits for homes that are at least 30 years old.

Do you see what they have in common? If the headline to this story didn't already tip you off, you'll note that energy auditing for homes and other buildings is a growing field.

Before we examine the reason, let's get our terms straight. Steve Baden, Executive Director of Residential Energy Services Network, better known as RESNET, is adamant that people understand the differences between the categories of energy efficiency measurement.

He says, "One of the main obstacles to energy auditing is the babble of voices. People are using these terms to describe different things. That is why we created a national energy standard." He is referring to RESNET's series of national standards for home energy rating, audits, training, certifying and accreditation.

The HERS (Home Energy Rating System) rating is simply a score that indicates the energy efficiency of a house. It is generated by Energy Star-approved software with information gathered by a residential energy efficiency professional who conducts a site inspection. The rating was developed by RESNET and is used by the EPA's Energy Star for New Homes Program, as well as for establishing energy efficient mortgages and energy code compliance.

Then there are energy efficiency labels. For instance, the Energy Star label indicates that the property uses at least 15% less energy than standard homes built to the 2004 International Residential Code. Another label is the Energy Performance Score, developed by Oregon-based Earth Advantage Institute, as a quantitative measure of a new home's energy use and costs. It enables homebuyers to evaluate the costs of running their homes and allows realtors to identify and promote more energy efficient properties.

Finally, there is the home energy audit, which assesses how much energy a home uses and then evaluates a range of measures to make it more efficient. It examines the home's construction, insulation, heating and cooling, appliances, etc., as well as the resident's energy use patterns. And, it often employs equipment such as blower doors and infrared cameras to identify and measure air leaks. The end result is a customized report summarizing the home's energy performance and offering a prioritized list of improvements with projected cost/benefit ratios.

Baden offers a quick one-sentence, differentiation, "The first two categories address the building itself, while the audit is aimed at both the home and owner, examining energy usage and providing leads for what to do."

Obama's Home Star Program, announced earlier this year, should have a large impact on the field of energy auditing and efficiency. Also known as Cash for Caulkers, the program is designed to increase the energy efficiency of homes, as well as to boost jobs.

There are two tiers. Under Silver Star, homeowners can receive 50% rebates for up to $1500 for the cost of a simple upgrade such as insulation, duct sealing, and improved HVAC. They can get a maximum of $3000, if they make several qualifying improvements.

For Gold Star, they can receive up to $3000 in rebates for having a home energy audit done and for retrofits that lower their energy bills at least 20%. If an even greater percentage of energy is saved, additional rebates are available.

It's the Gold Star level that gets home energy auditors excited because that's where trained and certified auditors will be needed. However, not only will there be new jobs for auditors, but also for certified contractors to make the energy efficiency retrofits and independent quality assurance providers to inspect upgrades to ensure that energy savings claims are valid.

A chicken and egg dilemma

While Home Star isn't yet up and running--it needs to be approved by Congress--energy efficiency professionals are already a bit anxious. Jim Conlon, a HERS rater and President of Maryland-based Elysian Energy, says, "On the national level, access to training is a significant barrier to those trying to become energy auditors. There are parts of the country, such as here in the mid-Atlantic, where there aren't enough accredited trainers." Baden agrees, but says, "It's a continually evolving process. Six months ago there were no HERS training institutes in Las Vegas, but in a few weeks there will be three."

Likewise, CNN quotes Matt Golden of the Home Star Coalition, a group that's been lobbying for the program. He is concerned that there aren't enough accredited building contractors.

Accreditation takes at least a few months, and is usually done by the Building Performance Institute, which develops standards for home energy performance and weatherization retrofits, as well as training and accrediting individuals and building companies.

" Energy auditors will be looked at as another essential residential service professional..."

Golden says, "It's a chicken and egg kind of game right now," referring to the idea that until there's enough demand for energy efficiency improvements, contractors won't want to spend the money to become accredited and equipped. "There's no reason for contractors to jump through the hoops until there's the market demand for it," he says. But once the rebates become available, it will be another story.

Baden points out huge job potential for the construction industry, one of the hardest hit by the recession, with 25% unemployment. He says, "As the program develops, there will be an incredible need for people knowledgeable in construction to move over to efficiency. This will create jobs for architects, plan reviewers, home inspectors, and HVAC and insulation professionals, among others."

Conlon looks at the impact of Home Star from a different, and equally exciting, perspective. He says, "I think it will bring energy auditing and building science into the mainstream. Energy auditors will be looked at as another essential residential service professional in addition to plumbers, electricians, roofers, etc. We will have better visibility as awareness about energy efficiency is raised."

In fact, Conlon has already seen a huge jump in consumer readiness. He has been attending the Washington, DC Green Festival for three years now and says, "In 2007, people didn't have any idea of what I did. In 2008, they said 'I've been looking for someone like you.' And, in 2009, they told me that they had already spoken with other home energy auditors." The trend is clear.

Baden looks at the big picture and comments on what's to come. He says, "The future of energy auditing is big. Energy prices are only going to go up, and now we know how to tell homeowners how to make their houses more comfortable and cheaper to run. We are starting to have more contractors who are trained and equipped to make buildings more energy efficient.

Governments are developing policies to combat climate change and financing is becoming available. This means that there will be a huge need for energy inspections and audits." And, for a variety of other jobs spawned by efficiency chasers.