Enrollment And Demand For Financial Aid Grow At American Colleges 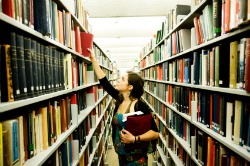 While graduation rates remain flat, the number of people going to college and the portion of them receiving financial aid is continuing to rise, according to a report of 2009 data released by the US Department of Education.

About 79 percent of first-time, full-time undergraduates obtaining degrees or certificates were the recipients of financial aid during the 2008-2009 year, up from 76 percent the previous year, The Chronicle of Higher Education reported. Nearly 51 percent of those students took out loans and about 40 percent received a Pell Grant.

The study also examined college retention rates, which has recently become a hot topic of debate among educators, Inside Higher Ed noted. As of fall 2009, the retention rates for full-time students at all types of institutions stood at 72 percent, while the rate for part-time students was 43 percent. At four-year schools, private nonprofit colleges reported the highest retention rates at 80 percent, followed closely by public institutions at 79 percent and trailed by for-profit schools at 54 percent.