Enrollment in California Community Colleges on the Decline 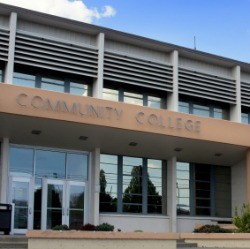 California’s community college system has experienced crippling budget cuts that are hindering its ability to serve and attract students, wrote the LA Times on Tuesday. In a report by the Public Policy Institute of California (PPIC), researchers disclosed that course offerings at community colleges have hit a 15-year low, with programs experiencing an overall 21% reduction, particularly in the areas of music, dance, business, and education. In addition, as budgets have constrained both course and faculty numbers at community colleges across the state, new and returning students are finding it increasingly difficult to enroll in the classes they need to earn a degree or transfer to a 4-year institution.

According to KQED, these shifts in California’s higher education system have led to a decline in community college enrollment of nearly 600,000 students. Such a decline constitutes a 21% drop in student numbers between the academic years 2008-2009 and 2011-2012, wrote the LA Times. KQED noted that the reduction in enrollment is deeply “troubling” to the PPIC report’s lead researcher Sarah Bohn.

“We’ve seen an increase in the fraction of students in California that are graduating from high school, but at the same time we haven’t seen a corresponding increase in those who are attending college at any level within the state,” Bohn explained to KQED, “It really raises the concern are these students going to college at all?” In California, where the tech industry is prominent and ever-advancing, higher education is seen as extremely important in building a viable workforce to match employment needs.

The negative effects of these changes to California’s public higher education are apparent in students’ accounts of their difficulties in accessing the classes they need to pursue their academic and career goals. Mercury News cited the experiences of Rigo Navarro and Alexandra Olivares, two entering Chabot College students who struggled to find space in the classes they needed for their degrees, and who are understandably concerned about the delay such enrollment barriers could bring to their professional futures. “The saddest thing of all, for me, is that one magnificent system that was open to all Californians has begun to ration what it can and cannot do,” said Rita Cepeda, San Jose-Evergreen Community College District’s chancellor.

Efforts have been made to counteract this downward trend, though experts are concerned that the changes will not be enough. For example, Proposition 30 may help raise about $210 million for community colleges for the year 2012-2013, the LA Times reported. In addition, some community colleges have adopted a policy that enables new students to obtain priority status in course registrations if they attend an orientation session and create an education plan.

“Community college report: Hundreds of thousands have been shut out in California,” mercurynews.com, March 26, 2013, Katy Murphy