EESA and Other Groups Evacuate Study Abroad Students from Ukraine, as Tensions Escalate 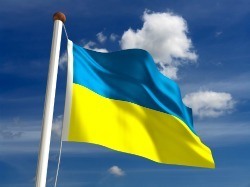 Rising tensions in Ukraine are impacting Americans, too, and not just in the military sense. Last week, the U.S. State Department issued a travel warning advising citizens to hold off on any non-essential travel to the region due to "the potential for instability," and now, as tensions with Russia over control of the Crimean Peninsula escalate, study abroad programs are taking that warning to heart.

Inside Higher Ed reported that at least two study abroad programs are evacuating students from Ukraine and moving them to more stable regions. Eastern European Study Abroad issued a statement Monday announcing that it would evacuate its students within 48 hours; students will continue their studies online until the conflict is "resolved peacefully." Another program, the School of Russian and Asian Studies, is also moving its two students from Odessa. The city already served as a back-up location for the capital of Kiev. When protests erupted there, the program decided to move students elsewhere.

"Odessa is still reasonably quiet, but the whole issue has taken on a much bigger dimension now internationally and as we have seen, Russia's actions, while perhaps predictable to the Kremlin, are making heads spin in the West," Renee Stillings, director of the program, told Inside Higher Ed. Stillings noted that the program's students are actually studying policy and conflict, so they are academically "in the thick of it. But at this point we need to get them out of what is increasingly unpredictable and have them finish their course from afar."

A few American universities are also reevaluating their short-term Ukrainian study abroad programs scheduled later this year. ABC 5 reported that Iowa State University canceled plans to send its 21 students to the region and is scouting out other potential locations. The students were going to study the Russian and Ukrainian pork industries, but may end up in Western Europe or Scandinavia instead.

"The students were very upset of course at first," Study Abroad Coordinator Jodi Cornell told ABC. "They've been meeting since January in class to prepare themselves for travel to Ukraine and Russia. When we explained the situation, they totally understood."

The number of Americans that are studying in Ukraine is relatively small, reported Inside Higher Ed. Only 131 students were there during the 2011-12 time period. Ukrainian universities still host over 60,000 international students, but most hail from Asia and the former Soviet states, noted Xinhua, a Chinese news site.