Excessive Texting Linked to Sleeplessness and Emotional Stress in Students 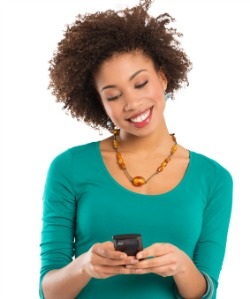 It may seem college students and mobile devices are connected at the metaphorical hip as texting and social media remain two of the generation's most preferred methods of communication. Not all experts are thrilled with the trend. Many colleges have banned smartphones and other devices from classrooms to minimize distraction, and studies suggest that texting while driving -- and the accidents that can result -- are a persistent problem. Now a new study identifies at least two more ways heaving texting can be harmful for college students: poorer sleep and increased emotional stress.

A new study from Washington and Lee University psychology professor Karla Murdock examined potential links between text-messaging behavior and three indicators of college student health, reports Daily Mail: burnout, sleep problems and changes in well-being. According to the results published in Psychology of Popular Media Culture, texting behavior is a direct predictor of sleep problems in first-year students, and is also associated with increased psychological vulnerability to interpersonal stress.

To conduct her study, Murdock asked first-year college students a series of questions that measured their academic and social burnout, sleep habits and emotional well-being, reports Science Daily. She also asked them to estimate how many texts they sent in a day. Using the widely-used Pittsburgh Sleep Quality Index, Murdock then assessed the quality of students' sleep and found that students who texted more tended to sleep less. She speculates that part of the link is the result of students feeling pressure to respond quickly to incoming messages. She suggests that sleeping near their phones -- and having their sleep interrupted by incoming messages and alerts -- may also result in more disturbed sleeping patterns.

The effects of poor sleep among college students are well documented. According to The University Herald, studies have found that students with poor sleep habits tend to have have lower average GPAs than their better rested peers, are more irritable and forgetful, and have an increased risk for stroke, even when otherwise fit and healthy.

Another potential consequence of excessive texting highlighted in Murdock's study, notes Science Daily: Impaired psychological well-being, especially among students already battling a good deal of interpersonal stress. According to Murdock, abbreviated language she calls "textese" can make it difficult for students to connect with one another through text messages, especially when dealing with sensitive issues.

"[These findings] provide an initial indication that heavy text messaging could be problematic during times of stress," suggests Murdock, as reported by Science Daily. She said it could be argued that texting is a "uniquely unsuitable mode of communication for coping with interpersonal stress in close relationships."