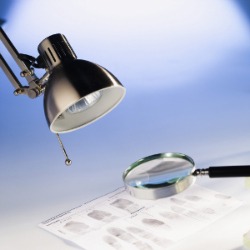 The University of North Carolina at Wilmington also introduced a similar policy in 2007, after the murder of Jessica Faulkner by a classmate with a history of violence, reports Inside Higher Ed. After a lawsuit from the victim's family, the North Carolina system began requiring all 16 of its campuses to conduct background checks on students whose records raised red flags.

According to an unpublished survey by the American Association of Collegiate Registrars and Admissions Officers (AACRAO), 66 percent of institutions have some sort of mechanism to collect criminal justice information from applicants. The most common approach is through self-disclosure questions on applications, where students are asked to identify convictions or misdemeanors and academic or behavioral misconduct. Of the 144 institutions that participated in the survey, ten percent said they collected criminal background checks.

During a panel discussion at the annual conference of the National Association of College and University Attorneys, the fairness over such practices became a heated debate. According to The Chronicle of Higher Education, only 38 percent of admissions staff receives training on how to interpret criminal records, which some believe can lead to discrimination. "Do you really want to have this stuff on the record if you don't know what to do with it?" questioned Barmak Nassirian, an associate executive director of AACRAO. Nassirian also argued that the judicial system should decide whom to isolate. "If a person doesn't belong on campus, what are they doing free in our society?" he says.

Supporters believe the measures are just and sometimes necessary in order to keep students safe. Patricia L. Leonard, vice chancellor for student affairs at the University of North Carolina, explains that her school has a Campus Safety and Investigations Committee--comprised of representatives from the police department, counseling center and general counsel's office--that meets weekly during admissions season to review background checks. She points out that students are usually turned away for alcohol or drug abuse or because they pose safety risks. The committee considers whether or not those students would have been expelled if enrolled at the time of their transgression. "Those are fair questions for an institution to be asking," says Leonard.

Darby Dickerson, dean of Stetson University's College of Law and another presenter during the conference, argues that more needs to be done. "Just putting background checks in place [is not] going to do much for campus safety," she says. She recommends that schools establish policies to evaluate criminal histories fairly and consistently. This should also include the proper way to handle such sensitive material and how to control access to students' records in order to avoid accusations of discrimination. Additionally, Dickerson advises bringing in legal and mental-health experts to regularly train administrators on how to decide who should be accepted verses denied.

Still, some experts at the panel feel the practice is a contradiction. "If you don't think people can change, you ought to be in a different line of work. Educating people and putting them on the right path is a social responsibility," said Nassirian in Inside Higher Ed.