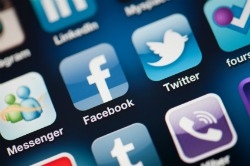 College admissions officials are increasingly using social networking sites such as Facebook and Twitter to recruit new students as well as look up new applicants.

As reported by Michigan State University's The State News, a recent study conducted by Varsity Outreach found that many colleges are using Facebook as a recruiting tool. Out of 150 schools that responded to the survey, 80 percent said that they were using Facebook for admissions purposes--a 13 percent increase from 2010. In addition, 89 percent said that Facebook is "very or somewhat important" to their institution's social media presence.

"It's definitely grown since last year," noted Mark Rothbaum, president of Varsity Outreach, who was quoted by the State News. "I would imagine that number is going to get even bigger. It is a unique opportunity to reach so many students in one place."

Gabe Santi, director of communications for MSU's office of admissions, added that he expects that the use of social media by college admissions offices will only increase. "Social media is still growing, frankly, and it's still becoming more popular," he told the State News. "It's certainly affecting how much time we're spending on it, and I don't think we're unique."

But many college admissions offices are also using social networking sites to learn more about applicants. As Education Week reported, according to a 2011 survey of admissions officers from Kaplan Test Prep, 24 percent said they have viewed publicly available pages to get a better idea of an applicant, while 20 percent used Google. Twelve percent said that they found evidence of bad online behavior, such as photos depicting underage drinking and vulgarities in blogs, which negatively impacted applicants' chances of admission.

Kaplan's survey noted that most colleges and universities do not yet have official guidelines that determine to what extent social networking pages should be considered in admissions. In fact, some admissions officers only research an applicant online after receiving an anonymous tip.

"We recommend that there be a policy in place on the use of information that bubbles up through these very public sites, but the one thing a policy doesn't always cover is what happens when the information is just laid on the table," said David Hawkins, director of public policy and research for the National Association for College Admission Counseling, who was quoted by Education Week. "Colleges can't just ignore something that has been brought to their attention."

That's a situation that is apparently occurring more often. The Washington Post recently reported on a product called SafetyWeb, which professes to protect kids' reputations, privacy and safety on the Internet by monitoring their online activities. According to SafetyWeb's website, co-founder Geoffrey Arone saw the need for such a product when he was conducting college admissions interviews for Brown and MIT and realized how applicants' online presences could be potentially damaging to their college prospects.