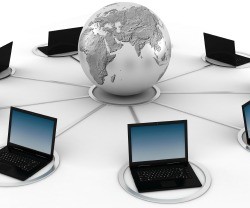 Facebook and MOOC provider edX have partnered to offer free online education to students in Rwanda.

As reported by CNN, the recently announced pilot program, called SocialEDU, is part of Facebook's Internet.org project, which is a partnership between Facebook and mobile companies to increase internet access around the world. According to a press release, the pilot is based on the success of MOOCs, which made it possible for masses of students around the world to access high-quality education for free or at an affordable cost. Facebook and edX will create a mobile app that will be integrated into Facebook. In order to address the technical barriers, the two will also work with a device manufacturer, a telecommunications company and the Rwandan government.

Nokia will provide affordable smartphones, while Airtel will provide free education data to all students who participate in SocialEDU for one year in order to overcome the challenge of limited bandwidth in Rwanda. Additionally, Facebook will provide engineering support to ensure that the app is optimized for low-bandwidth environments. The government of Rwanda will help further subsidize the cost of Nokia's smartphones by offering various financing options. It will also provide free wi-fi in campuses across the country so that students can access the high-quality educational content that the government and edX plans to adapt for local students. Together, the pilot initiative will allow students in Rwanda to access education from some of the most prestigious universities around the world, such as MIT, Harvard, the University of California, Berkeley, Australian National University and ETH Zurich. Rwandan students will also be able to interact with other students and teachers for a collaborative, social educational experience.

When asked about the pilot program, Airtel Africa's CEO Christian de Faria said in the press release, "We are honored to participate in this noble initiative. Education is one of the key engines for economic and social growth across the continent, with Rwanda amongst Africa's most respected countries for its outstanding development record."

According to The Harvard Crimson, both Facebook and edX already have strong ties to Rwanda and other developing African countries. Facebook has launched other initiatives in Rwanda, and many of edX's current students are from Africa.

"Improving global access to high-quality education has been a key edX goal from day one," said Anant Agarwal, president of edX, in the press release. "Nearly half of our 2 million students come from developing countries, with 10 percent from Africa."

The Harvard Crimson reported that SocialEDU will only offer one course, since the pilot is still in the early stages of development. Matthew J. Malloy, the vice president of marketing for edX, told The Harvard Crimson that talks are still taking place to decide exactly what course to offer, but it will most likely be a course in the field of science, technology, engineering or math.

While the pilot program will start out with one class in one country, if all goes well, SocialEDU may expand to other parts of the world.

"We know we have a long way to go to provide access to the two-thirds of the world that doesn't have [access to collaborative online education] today. Rwanda is our first test of this approach, and our hope is that this will serve as a blueprint for other partnerships to follow," wrote Facebook in the press release.