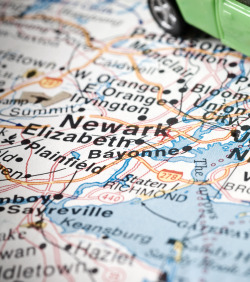 Mark Zuckerberg, Facebook Inc.'s chief executive officer and co-founder, plans to donate $100 million to Newark's public school system on the condition that responsibility for running it is transferred to the city's mayor.

Gov. Chris Christie will give Mayor Cory A. Booker authority to select a new superintendent and reform New Jersey's largest educational system, but he'll maintain the right to resume control, according to NorthJersey.com.

The three men will announce their arrangement and the gift during Friday's "Oprah Winfrey Show." In light of the upcoming broadcast, neither Zuckerberg, Christie, nor Booker would comment for the media beforehand.

The State of New Jersey assumed control of the Newark education system in the 1990s. After 15 years, and the city spending about $22,000 annually on each of its 40,000 students, the system has not seen drastic improvements in test scores or graduate rates. According to The Wall Street Journal, test scores are among the lowest in the state and only about half of the students graduate. Of those who do, only one-fifth go on to a four-year college. Of those who subsequently attend community college, about 85 percent require remedial assistance with English and math.

This month Gov. Christie announced Newark's superintendent would leave the post come July 2011 and promised an overhaul of the district, which has an $800 million annual operating budget. Anticipated changes include expansion of charter schools and development of new achievement standards, reports NorthJersey.com.

According to The New York Times, Zuckerberg lacks ties to Newark but met Mayor Booker earlier this year, where the two started discussing the mayor's plans for the Brick City. With $100 million of Facebook stock, Zuckerberg is establishing a foundation to help improve American education, primarily that in Newark. This gift is Zuckerberg's largest. With an estimated worth of $6.9 billion, the 26 year old ranks No. 35 on Forbes' wealthiest Americans list, according to NorthJersey.com.

Mayor Booker, an advocate of school choice, has been touring the United States talking to business leaders and celebrities, and raising money for Newark, reports The New York Times. Oprah Winfrey, who's donated millions of dollars to Newark schools and other organizations in the past, is a major supporter.

New Jersey Assembly Speaker Sheila Oliver (D.) is delighted about the money going to Newark schools but is concerned about potential expectations or stipulations associated with the gift, reveals NorthJersey.com. "The devil is in the details," she says.

How Newark will use the money remains unknown. "We don't know if it's $100 million all at once, spread out over time, with conditions and strings attached," says Bruce Baker, an associate professor in Rutgers University's Graduate School of Education and an education spending expert. "These circumstances are certainly interesting, if not bizzare."