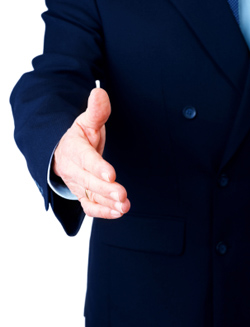 Thanks to a hiring binge within the tech industry, California is starting to see signs of an economic turnaround.

According to the San Jose Mercury News, the state added 96,500 jobs in February, the state's biggest one-month job gain in more than 20 years. In the Silicon Valley, 4,500 jobs were added and California's unemployment rate dropped two-tenths of a percentage point to 12.2 percent. Furthermore, this is the eighth straight month of job gains in the San Francisco metropolitan area.

"We're in growth mode. There's no question," said economist Stephen Levy of the Center for Continuing Study of the California Economy.

As the Los Angeles Times reported, fierce competition for talented engineers, designers, computer scientists, data crunchers and other technical employees has led much of this growth.

"Every company in the technology industry is growing," said Josh Persky, who landed a new job at Causes, a San Francisco start-up, after getting laid off two years ago.

Indeed, Internet search giant Google said it plans to grow to more than 30,000 employees, increasing its workforce by 25 percent. Although Google does not disclose information on hiring, it has been said that this will be biggest round of hiring the company has done since 2007, when it brought on nearly 6,200 new workers.

This summer, Facebook will be moving to a 57-acre campus in Menlo Park, which can house 3,600 employees. Currently, the company has more 2,000 employees and has been growing at a rate of approximately 50 percent a year.

San Francisco-based Twitter has also been on a hiring binge. A year ago, the company had just 140 employees. Now with more than 400 employees, it plans to grow to 3,000 by July 2013.

According to The New York Times, with hiring so competitive in Silicon Valley, many companies are offering more than the typical free meals, shuttles and stock options that tech companies are known for. Furthermore, with so many ambitious engineers who would prefer to "do their own thing", many companies are taking it one step further by promising to help new recruits start their own business. Redfin, for instance, offers twice-monthly classes on entrepreneurship, a perk that the company says has helped recruit and retain top talent.

At Square, not only does every employee have access to the company's product plan and financials in order to learn how to build a business, but co-founder and chief executive, Jack Dorsey, also gives employees 20-minute lessons on helpful topics such as how to raise venture capital.

However, despite the positive outlook and increased perks, San Jose Mercury News pointed out that California still has a long way to go. With 2.2 million still unemployed and most job gains concentrated on the coast, the state is still struggling.

"It's still a tale of two economies," said Levy. "The needle is moving for people with jobs in companies in the valley, with increases in wages and some hiring. The needle is not moving for the long-term unemployed."