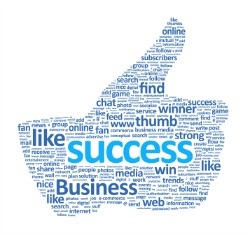 Tech companies have a reputation for offering competitive salaries and envy-inducing perks in an effort to attract and retain key talent. A new Glassdoor.com survey rating the job satisfaction of nearly half a million employees placed Facebook at the top of best companies to work for in 2012. According to CNBC, the company has received Glassdoor's top spot twice in the past three years.

Facebook's overall rating of 4.7 on a scale of one to 5 indicated a high degree of employee satisfaction. Employees praised the social-media company for promoting a fun culture and for providing challenging work. One project manager indicated an appreciation for being able to "work on a product that affects hundreds of millions of people" and for the opportunity to take on significant responsibilities early on in a career.

Facebook earned this top billing despite facing recent challenges in both the media and the stock market. Facebook founder Mark Zuckerberg earned an overall approval rating of 99 percent -- up 9 points over last year -- putting him in a category that once included Steve Jobs. (As a side note, Apple tumbled from 10th place to 34th in a matter of a year).

"Wall Street dared to doubt Facebook, and Zuckerberg has turned it into an internal rallying cry," Glassdoor CEO and co-founder Robert Hohman told CNBC. "People have more faith in him than they did a year ago."

Business Insider suggests that competitive earnings may have contributed to Facebook's top ranking in the survey. According to the report, even Facebook's interns earn an average base salary of approximately $67,000 a year, about $25,000 more than the average American worker makes. Other big earners within the company include product managers and software engineers, who earned an average of $132,750 and $113,577, respectively.

According to Business Insider, Facebook and other tech companies offer interns attractive salaries in order to have "first dibs" on emerging talent. Those with a background in engineering or design can often be difficult to locate and hire.

Though Facebook accrued more positive feedback than negative, its employees were not entirely without criticism. According to CNBC, some employees report that the work is demanding. "It can be very stressful," admitted one Facebook product engineer. "You have to get used to all the media and mudslinging."

Other high-tech companies ranking among Glassdoor's top 25 employers for 2012, according to the full listing published on its website, include Riverbed Technology, Google, LinkedIn and Salesforce.com. Notably, well-known tech companies such as Groupon, HP and Netflix are missing from the list.

CNBC notes that several companies from more traditional American industries were also ranked well by their workers. McKinsey & Co., Bain & Co., and Chevron all fell within the top 25.