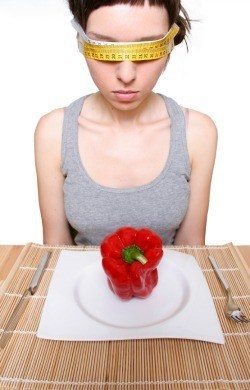 A recent study conducted by researchers at Florida State University and published in the International Journal of Eating Disordersunveiled a positive correlation between use of the popular social media platform Facebook and disordered eating in college women.

According to The Atlantic, researchers asked 960 college-age women to take an eating attitudes test designed to detect any subtle connections between eating habits and Facebook use. From the 960 original participants, researchers chose 84 women to participate in a second study. The subjects were then split into two groups with different objectives: one group who would browse on Facebook for twenty minutes and another who would research the ocelot on Wikipedia and YouTube. After completing their tasks, the women were asked to answer questions on their preoccupation with their weight and desired exercise time.

As The Daily Dot noted, results showed a direct correlation between Facebook use and an unhealthy occupation with food and weight. Women who were asked to browse Facebook displayed increased anxiety about their body image as well as getting "likes" on the Facebook photos and status updates. On the other hand, women who researched the ocelot were less likely to experience an uptick in unhealthy thoughts or behaviors regarding their weight or body image.

The results of the study seem to indicate that Facebook use could exacerbate body issue images in young women and might even be toxic to women already experiencing disordered eating habits, stated Health Newsline. After all, peer pressure and traditional media outlets have long been blamed for pressuring young women to reach ideal thinness, and Facebook manages to combine both of those factors into one medium. But that doesn't mean that Facebook is always reality.

"Your friends are posting carefully curated photos of themselves on their Facebook page that you are being exposed to constantly," said Pamela K. Keel, psychology professor at Florida State University and lead author of the study. "It represents a very unique merging of two things that we already knew could increase risk for eating disorders."

In response to the study published on CNN, author Claire Mysko, who oversees Proud2BeMe, a program of the National Eating Disorders Association, stated that social media can actually be good for the mental health of college-aged women if harnessed in the right way. Mysko outlined the steps that one can take when trying to leverage social media for good. For starters, Mysko suggested filling your feed with images and messages that promote body acceptance.

"Social media can stoke body dissatisfaction and reinforce disordered eating. It can also empower individuals to use their voices and resist mainstream media messages about beauty and thinness," wrote Mysko. "Let's keep working to understand the nuances of those risks and leverage the benefits to build a movement of change."