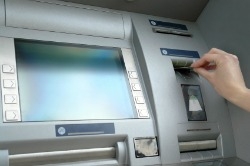 Some college students could see money headed their way. The FDIC announced that a company needs to make $11 million in restitution payments to students for unfair debit card fees, reported Bloomberg Businessweek.

According to a FDIC press release, Higher One Holdings Inc. and its former partner Bancorp Bank participated in deceptive and unfair practices such as excessive insufficient funds fees and allowing student accounts to stay in overdrawn status in order to accrue additional fees. In addition to the $11 million in payments, Higher One also needs to pay $110,000 in penalties while Bancorp must pay $172,000.

As The Wall Street Journal reports, Higher One continued to charge students multiple fees after their accounts were already overdrawn. These overdraft fees often came from deposits that were meant for tuition and other college costs. As part of the agreement with the FDIC, Higher One will stop placing nonsufficient fund fees on accounts that have been in the red for more than 60 days. Additionally, Higher One can no longer place more than three such fees per account in one day.

"We commend the FDIC for holding Higher One accountable," Rich Williams, Higher Education Advocate for the U.S. Public Interest Research Group, a nationwide advocacy group, said in a U.S. PIRG press release. "Student aid should not be a piggy bank for banks to dip into especially when their practices are unfair or deceptive."

Mark Volchek, Higher One's chief executive office said the company has already adjusted its practices to bring them in line with the FDIC's recommendations.

"We immediately responded to these recommendations by voluntarily discontinuing these practices and crediting back account holders in December of 2011," he said in The Wall Street Journal. "We believe the low fine imposed reflects how seriously we take our commitment to our customers, the degree of the issue and our swift resolution of it, which impacted only about 1% of our customers."

Some 60,000 students could be affected by the agreement. Students who opened a OneAccount, offered by Higher One, starting on June 16, 2008 or afterward could be eligible. Higher One has reportedly refunded $4.7 million to customers already. For accounts that have since been closed by students but are eligible for restitution, Higher One is to issue checks, according to the FDIC press release.

Higher One offers its OneAccount to students at more than 520 campuses nationwide. The Wall Street Journal indicates that 2.1 million such accounts existed as of March 31.