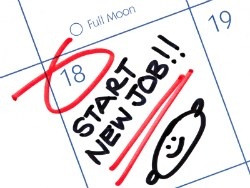 The U.S. economy continued to stay strong in February, despite a small decrease in the number of new jobs added and an unemployment rate that insists on staying at 8.3 percent. According to Bloomberg Businessweek, employers added 227,000 jobs last month; slightly down from the revised number of 284,000 for the month of January.

"What that tells us is the demand for workers has increased to a significant degree, but the employers who want the additional workers are not yet confident in the sustainability of the recovery," Patrick O'Keefe, director of economic research at financial accounting firm J.H. Cohn, told CNN Money.

However, February's job claims did come in well above the 210,000 projected for the month, noted Business Insider. Employment rose in several sectors including leisure and hospitality, manufacturing, mining, and health care and social assistance. The most significant growth occurred in the professional and business services sector, which saw an increase of 82,000 jobs, according to CNN Money.

The February jobs report also showed that certain demographics, such as the young, and those lacking a high school education, are still the hardest hit. In fact, teenagers were unemployed at a rate of 23.8 percent while those lacking high school diplomas saw 12.9 percent unemployment, reported Bloomberg Businessweek.

The jobs report is already turning into fodder for political pundits when it comes to the upcoming Presidential election. Both Democrats and Republicans are already spinning the newly-released data to their advantage. Some have pointed out that the economy still isn't recovering quickly enough and that more could be done to create an expedient recovery.

"Today's jobs report is yet another reminder that far too many Americans are out of work and the situation is clearly not improving," Republican National Committee Chairman Reince Priebus said in a statement that was quoted by The Washington Post. "Millions of families...are still waiting on President Obama to keep his promise of an economic recovery."

However, others argued that the recent jobs reports have fared well for President Obama.

Overall, it's estimated that 8.8 million jobs were lost during the financial downturn; now, some 3.5 million jobs have returned, according to CNN Money.

"We're picking up from a relatively slow growth rate," Joel Prakken, senior managing director of Macroeconomic Advisers told Bloomberg. "It's good news for the president but it's still pretty dicey."