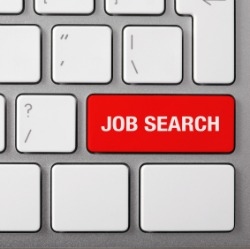 U.S. hiring unexpectedly picked up in February, helping bring the unemployment rate to its lowest level since late 2008. The surge in employment was highly welcomed, but experts still seem hesitant to celebrate.

According to the Labor Department’s February jobs report, the U.S. economy added 236,000 jobs last month, reported MarketWatch. The gains were seen almost across the board with professional services adding 73,000 jobs, construction adding 48,000, health care with 32,000 and retail with 24,000. Additionally, the unemployment rate dropped from 7.9 percent to 7.7 percent—the lowest it has been since December 2008. Economists surveyed by MarketWatch predicted that employers would only add 160,000 jobs and that the unemployment rate would remain unchanged from January.

As CNNMoney pointed out, the gains in the construction sector are significant as that sector alone accounted for a quarter of the more than 8 million jobs lost during the Great Recession. In the past five months, it has added 151,000 jobs.

The level of job growth across the board is also encouraging.

“The overall 236,000 number is nice, but the breadth of jobs growth across industries tells me that the recovery is broadening and likely gaining momentum,” explained Mark Vitner, senior economist at Wells Fargo Securities LLC in The Wall Street Journal. “The mix of jobs is also changing—we’re creating higher-paying ones.”

In other good news, MarketWatch reported that the length of the workweek inched up slightly to 34.5 hours. Average hourly earnings went up as well, to $23.82—an increase of 4 cents last month.

Despite an overall positive report, however, experts remained on guard. While the private sector grew, the public sector continued to shed jobs. According to The New York Times, the government cut 10,000 jobs in February and more cuts are expected in the near future due to the sequester.

“We think we’ll see some slowdown in April and May because of the sequester,” speculated Michelle Meyer, senior United States economist at Bank of America Merrill Lynch in The New York Times. “We’re going to see federal job cuts and the spring is going to be a soft patch for the labor market.”

Furthermore, although the drop in the unemployment rate was due to job creation, it was also due to the fact that 130,000 individuals left the work force last month, noted The Wall Street Journal. Both The Wall Street Journal and The New York Times also speculated that the road ahead may not be so smooth as Washington prepares for budget cuts, consumers face higher taxes and gas prices—which will likely have an effect on consumer spending—and weaknesses in global markets will likely pose threats to the U.S.

In a similar vein, MarketWatch pointed out that the U.S. economy experienced rapid growth in the early months of 2011 and 2012, but saw a slow down as the year went on. Some experts argued that this might also be the case for 2013.