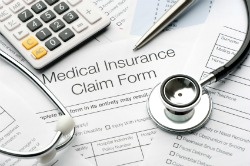 As reported by the Associated Press, Kathleen Sebelius, secretary of the Department of Health and Human Services, noted yesterday that the law is clearly making a big difference for families with adult children.

The federal healthcare law, known as the Affordable Care Act, allows adult children to stay on a parent's plan until they turn 26. The legislation has proven to be particularly advantageous for college students and recent graduates, who are now able to continue healthcare coverage as they work towards their degrees and look for employment in a difficult economy. Prior to the legislation, many health plans only covered children who were full-time students, and other health plans applied an age cutoff.

According to an issue brief from the Assistant Secretary for Planning and Evaluation, the percentage of adults 19 to 25 with insurance increased from 64 percent to 73 percent--about 2.5 million more people--from September 2010 to June 2011. That figure is substantially higher than earlier estimates which said that one million more young adults are covered by health insurance as a result of the legislation. Moreover, the percentage of adults ages 26-35 remained stable at 72 percent, indicating that the jump in coverage among 19- to 25-year-olds is the direct result of the Affordable Care Act.

The rise in healthcare coverage is particularly significant because young adults have traditionally been more likely to be uninsured than any other age group. In an interview with USA Today, Ron Pollack, founding executive director of the nonprofit Families USA, explained that this is because young adults tend to have low-paying jobs with few benefits. In addition, many young adults believe they don't need insurance, and opt to turn down coverage provided by their jobs because they would rather have a higher paycheck.

He added that covering young adults ultimately helps everyone because it drops premium costs for everyone else. "It helps to bring the average costs down because these young people are less likely than older adults to have a major health problem," he told USA Today.