Federal Hiring Process To Be Simplified 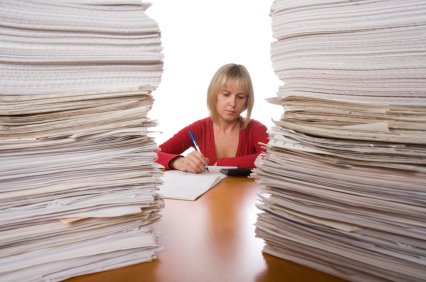 The Obama administration will be announcing major changes to the federal hiring process today which will significantly simplify applications and speed up the time it takes to fill positions.

The Washington Post reports that currently, federal hiring typically entails stacks of paperwork and endless rounds of interviews that can last months. To apply to a federal job, candidates must complete "Knowledge, Skills and Abilities" (KSA) essays and then often wait months for a reply. David T. Ellwood, dean of Harvard University's Kennedy School of Government, told the Post that the process, "even at the best of times, can take nine months or a year."

Critics of the federal hiring process have said that KSAs needlessly discourage and disqualify private sector employees who are not familiar with bureaucratic language. But proponents say that KSAs help identify the most qualified applicants and are particularly advantageous given the surge in applications as a result of the economic climate. Government Executive noted, for example, that last year, 22,000 people applied for 252 positions at the Nuclear Regulatory Commission.

President Obama, however, is clearly in favor of reforming the process, and his new plan will be announced by the Office of Personnel Management and the Office of Management and Budget today. It is expected to reduce the hiring time to about 80 days from the date a vacancy is announced to the point at which a candidate fills the position.

"The president is committing the power of his office to the importance of this issue, which is trying to streamline our hiring process," said John Berry, director of the Office of Personnel Management, who was quoted by the Post.

Government Executive reports that Jeri Buchholz, associate director for human resources operations and policy at the Nuclear Regulatory Commission, said during a federal jobs fair Saturday that the new guidelines will ask agencies to eliminate KSAs by November 1. Recruiters will instead determine how to best evaluate applications through methods such as tests or writing samples.

"There will be no one way on how to apply for a government job," Buchholz explained. "Every vacancy could require a different process. The challenge moving forward is to apply hiring tools used by the private sector, but still work within a merit-based system."

In an interview with Federal News Radio last month, Chief Performance Officer Jeffrey Zients noted that other changes to the federal hiring process will include more concise job descriptions, more reliance on resumes and cover letters, and increased communication to let job candidates know the status of their applications.

Federal News Radio also reports that other positive changes are on the way for federal employees: A new pilot program will be testing an initiative called ROWE, or Results Only Work Environment. The change will allow workers almost unlimited flexibility in determining their schedules as long as they compete their work.