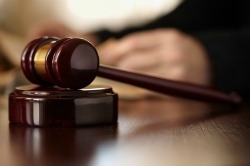 Today's college students often contend with rising education costs, and, in turn, soaring student debt. One controversial effort by the U.S. Department of Education to limit this debt has failed, however. At least for now.

The New York Times reports that a federal judge overturned a key component of the DOE's "gainful employment" rules on Saturday. These rules, which applied to for-profit colleges and career training programs specifically, would have stripped schools' federal student aid eligibility if they did not meet certain conditions.

According to Bloomberg, the Obama administration sought these guidelines to protect taxpayers from loan defaults and to discourage students from taking on educational debt that would be difficult to repay relative to their projected salaries upon graduation. The rules included a stipulation that at least 35 percent of graduates be current on loan repayments in order for a school to be eligible for federal aid. According to the ruling, however, this threshold is arbitrary and therefore null.

"No expert study or industry standard suggested that the rate selected by the department would appropriately measure whether a particular program adequately prepared its students," wrote U.S. District Judge Rudolph Contreras. "...The entire debt measure rule must therefore be vacated and remanded to the Department."

The ruling was a victory of sorts for for-profit colleges, who contend that such measures would unfairly limit working adults' and military veterans' access to education. Implementation could have made more than 90 percent of security guard and medical assistant training program graduates and 80 percent of criminal justice graduates ineligible for federal student aid, according to Bloomberg.

Saturday's ruling may be a bump in the road for federal efforts to curb student debt, but according to The New York Times, some officials take heart in the remaining elements that were not struck down, including stipulations that typical graduates' estimated annual loan payments would not exceed 12 percent of their earnings or 30 percent of their discretionary income. The judge also left standing the disclosure portion of the regulations that requires career-college programs to disclose their graduation rate, their placement rate and their students' median debt load.

"The court clearly upheld our authority to regulate career-college programs while urging a clearer rationale for standards around repayment rates," said Peter Cunningham, a spokesman for the DOE, to The New York Times. Cunningham noted that the ruling would probably lead to another round of examination of where benchmarks should be set.

The DOE guidelines set to go in effect Sunday would not have stripped schools' federal aid until at least 2015, and even then only if they failed a series of criteria for four consecutive years.