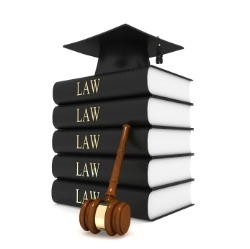 In what might be termed as "tough to swallow," a federal judge gave a hard-nails critique on the state of law school education late last week.

Speaking during the Association of American Law Schools' annual meeting, Jose Cabranes, a judge with the U.S. Court of Appeals for the Second Circuit in New York, said that too many law school students are graduating unprepared for a legal career and that law school programs are attempting to expand too much, reported The Chronicle of Higher Education. The four-day conference in Washington D.C. was attended by approximately 3,000 legal educators, according to The National Law Journal.

Cabranes specifically targeted dual-degree and interdisciplinary programs that are growing in popularity at law schools. He indicated that some law professors, who may have appointments with more than one college, were heading toward "intellectual hegemony," according to The Chronicle.

To head back on track, Cabranes advised law schools to step away from the interdisciplinary approach and to provide a two-year program composed of core law courses to be followed by a year in an apprenticeship, according to The National Law Journal.

He indicated that such a two-year program would help students to reduce their debt load upon graduation as well as give them real-world experience that would aid them in seeking actual employment and help them succeed in the legal profession.

Cabranes, however, acknowledged that such a model could hurt law schools.

"Converting this final year into an apprenticeship may make sense for students, law firms and clients--though not for the profitability of law schools," The National Law Journal quoted him as saying.

Still, like many others, Cabranes criticized the rising cost of law school tuition. The average law student debt upon graduation is $100,000, noted The Chronicle.

He indicated that transparency needs to grow regarding costs of schools, financial aid information and job possibilities, the National Law Journal reported. He also questioned the level of legal scholarship being provided to law school graduates.

Law schools have been at the brunt of much criticism these days, reported Above the Law. Cabranes, who previously taught at Rutgers University and was general counsel for Yale University as well as trustee at several universities, was not the only person at the annual meeting to deliver a critique. Media members and outgoing deans of law schools also had something to say.

Yet, despite the criticism, Above the Law noted that many law schools are reluctant to change.

"Obviously, the profit motive is a big reason that the legal education industry looks the way it looks," Elie Mystal of Above the Law wrote. "But you can't tell law faculty and administrators to voluntarily take less money. Nobody does that!"

While the effect of Cabranes' talk at the annual meeting remains to be seen, his comments did shake some attendees.

Michael Olivas, the outgoing president of the Association of American Law Schools who invited Cabranes to speak, told The Chronicle that although he did not agree with all of the judge's remarks, he did feel many of them "struck home."

"A Prescription for Law Schools: Go Back to the Basics, Return to 'Terra Firma,'" law.com, January 6, 2012, Karen Sloan